Home Off Beat Have you set any deadline for marriage?? What is a woman’s motive behind it??
Off Beat

Have you set any deadline for marriage?? What is a woman’s motive behind it?? 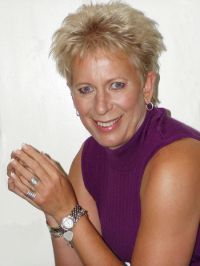 Many a women today prefer to stay single seeing the complications faced by their friends and those who are married are not satisfied. Let’s analyze what is it that women actually want??? And if she wants to have a man in her life why is that so???

Why do you think you need a man??

Are you incapable to take care of yourself or is it so that you got to have a man in your life coz you need a shoulder to rely on??? According to Mary Jo Fay, the author of ‘When Your Perfect Partner Goes Perfectly Wrong’ had a word with some elderly women and she learnt from them that they just got married coz they needed someone to take care of them, someone who would look after them after they leave their maternal home behind. But the consequences were worse as they felt trapped and suffocated and as a result unhealthy marital life.

Independent women’s takes on her life!!!

While there are few who wants to get married as they want to move from the shelter of their parents to someone else’s wing they end up ruining their life coz of their indecisiveness though there are few lucky ones too.
But some of the more bold type prefers to say single and fulfill their goals and then get married. In other words they draw a line for settling down. A research carried out by Dr. James Houran, chief psychologist who offers online guidance says that woman’s are as insecure to commit as any man is.

One of the deciding factors for a woman to get married early is the fertility power. They fear that after reaching a specific age limit they can’t have a normal delivery. Therefore in order to avoid any complications during the entire stage of pregnancy and childbirth they feel that getting married early is much more advantageous.

A pertinent role is played by the society while a woman decides on her life. If she plans to embrace spinsterhood and live the life alone, she is not spared by the vultures of the society. Fearing for any further chaos and gossips she ultimately succumbs to marriage in spite of her unwillingness to settle down with a stranger.

Financial stability is another reason behind the decision. To have a stable and secured future she compromises which is although not always advisable for starting a life-long relationship.

How to keep your man happy??