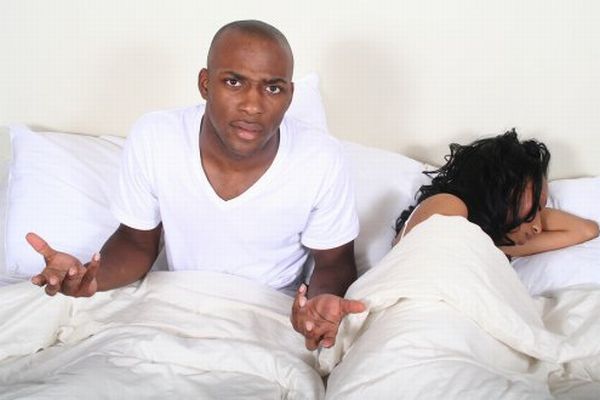 Young men refrain from getting married because they are at ease with the current arrangement. They love their independence and responsibility free life; hence they see no reason why marriage should get them bothered. Well, harsh as it may sound, yet given the number of divorce cases surfacing each year, a marriage is no longer a sacred institution. There are several reasons why an increasing number of men see it pointless to exchange the marital vows. Here we list down a few reasons why men don’t like the idea of marriage.

Fear of divorce and its consequences

With work pressures mounting, an increasing number of married couples are heading for divorce. The reasons are quite simple. A marriage can never succeed if the partners fail to make enough time for one another. Divorce, on the other hand, causes immense suffering and pain. People undergo varying degrees of anger and bitterness. And with children involved, things get even worse. This is the major reason why single people, men in particular, are becoming wary of devoting themselves to an institution that has been reflecting diminishing success rates for quite some time now. In a study conducted by a leading organization it was revealed that out of 122 people interviewed, 67% thought divorce is a major deterrent for marriage. A majority of them expressed concerns over the emotional or financial consequences of leaving marriage.

Men generally prefer to lead life on their own terms. People ditched by partners in their previous relationships tend to grow apprehensive about certain things. They travel, work, and party to the hilt. Committing to marriage would invariably mean giving up on the independence and fun, and the prospect can never look appealing. This, in turn, prompts them to repeat the venture with other life partners. Above all, if men can get everything they want from a relationship without getting married, then marriage appears pointless in the scheme of things. Studies show that commitment phobia among men is on the rise

Marriage is a costly affair

Marriage is an expensive affair. Everything from the wedding attire to décor to food would leave you broke. Even if you decide to trim down, the arrangement still costs something around $20,000 to $45,000, the price of a midsized car. Men, with their growing fondness towards independent lifestyle find the prospect of spending so much money on an institution that may crumble any moment quiet unnerving.

Fear of becoming a father

A child always strengthens ties between partners. While this has been the general notion for ages, the idea does not hold much ground nowadays. People, with their growing consciousness about themselves fear the responsibilities necessitated by the arrival of a child. In a relationship, people try their level best to keep their partners happy. Similarly, a man after becoming a father will want to repeat the same efforts for the child. Failing that, his disappointments, can turn traumatic. Therefore, one of the major reasons why people refrain from getting married is to avoid having a child. However, according to popular public personalities, fatherhood is bliss and it feels great to have kids around. Hence, all we can say is, the perception of fatherhood varies from person to person.

Can get sex without marriage

Physical relationships are no longer associated with platonic love or commitments. Both men as well as women have come to adopt a more liberal overview of sex. This, in turn, has accentuated the chances of couples encountering physical liaison without getting married. If sex is all a man wants from a relationship, then he may necessarily not have to wait for a marriage. There are several ways he can make those desires and wishes come true without committing himself to a full grown conjugal bonding.

Men avoid marriage because it requires them to splurge a lot. Men involved in a serious relationship often prefer live-in arrangements to marriage believing that the love might disappear after getting married. There are hundreds of couples who live together and share a home. For them, getting to know a person better by living together is much more feasible than legalizing the relationship through marriage. It needs to be borne in mind that men and women cohabit only when they feel that the relationship is making them happy. However, like everything else, even a live-in relationship has got certain flip-sides. Men love to be cared for and live-in partners are not generally as sensitive towards one-another’s needs as it would be appropriate for them to be. Therefore again, the acceptability of live-in relationships among men is a debatable point.

A happy-go-lucky person may feel stressed out after getting married. The relationship infuses them with depression and boredom. Life becomes a series of constant adjustments. This is the prime reason that prompts countless married men to cheat on their partners. However, a few are intelligent enough to foresee the future and therefore, refrain from getting married in the very first place. Surprising as it may sound, yet change is not always the solution to a problem. Men opting out of marriages may find themselves depressed or lonely, especially without a partner. After all, marriage isn’t necessarily about responsibilities. It also means having somebody who understands and supports.

Benefits of being a bachelor

A majority of people out there prefer being a bachelor and not to get married in an effort to retain the independence so cherished by them. Staying single gives them an opportunity to enjoy a life packed with a series of excitements. However, it would be wrong to presume that all men think alike. There are countless men who, after a certain point, crave for a settled and more disciplined existence.

They long for their soul mate

If you thought that the concept of soul mates is popular only among women, then you are wrong. Men too crave to have that perfect person they can share a life with. Hence, men who dream of meeting their soul mate someday may avoid marriage simply to wait for that perfect match. However, if divorce rates are anything to go by, then finding life partner and soul mates in the same person appears difficult. Again, avoiding marriage because you are still waiting for the right person to appear out no where, sounds impractical.

They want to win a house before they get a wife

Practical minded people often choose to delay their marriage plans until they find themselves in a financially stable position. Of all the practical necessities in a marriage, a house claims an important position. There are countless people who believe that getting married without finding a proper accommodation is pointless.