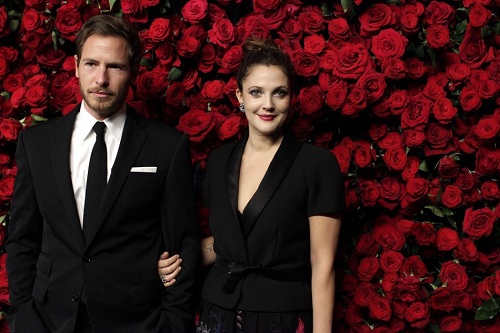 Swankily dressed guests- including Cameron Diaz, Steven Spielberg, Jimmy Fallon, Scarlett Johansson and Reese Witherspoon- extended their heartfelt congratulations to the newly-wedded couple. The 37-year-old gorgeous bride sported a Chanel ensemble: a white coat over a custom-made wedding gown and delicate jewelries. Befittingly, her new father-in-law, Arie Kopelman is a former CEO of Chanel. The wedding gown pleated in muslin and organza was exclusively designed by Karl Lagerfeld, and it also featured a flower and leather embroidered skirt with a cinched black satin belt. To further punch up her bridal look, Drew wore a pinned up hairstyle with gardenias. 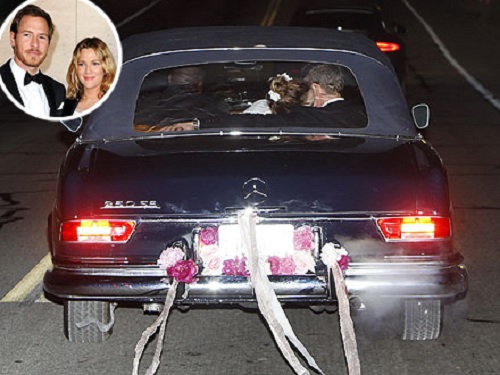 The actress, who is currently pregnant with the couple’s first child, has walked down the aisle twice before. While her first marriage to a bar owner from Wales, Jeremy Thomas lasted for less than two months, her second marriage to a star comedian Tom Green was also ephemeral and soon ended in December 2001. Barrymore, who forged her acting success with romantic comedies like “50 First Dates” and “Never Been Kissed”, and action movie series, “The Charlies Angeles”, has been previously linked with fellow actor Justin Long and The Stroke’s drummer Fabrizio Moretti.