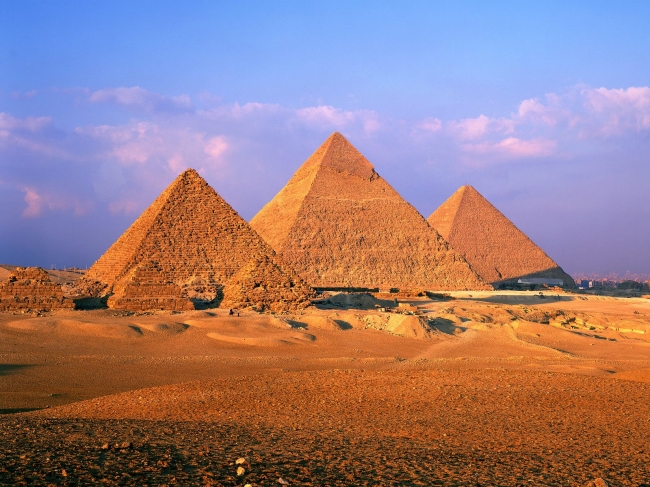 Gone are the days when newlyweds would flock to Bahamas, Hawaii and France only for their honeymoon. They are nowadays opting for offbeat and unusual honeymoon dream destinations, which includes historical places also. These destinations symbolize love or sometimes evoke a choking sense of poignant nostalgia. Explore some of the best historical honeymoon destinations after the jump.

Enticed by Egypt? Then, this is the right destination for your honeymoon. Endless stretches of sand coupled with hot air blowing from all the sides. Though this is the typical picture of the “Pyramids of Giza”, a closer look reveals its magnificence. The Pyramids of Giza are among the oldest manmade structures that date back for more than 4,000 years. A total of 3 pyramids viz. The Great Pyramid of Khufu also known as the Great Pyramid, The Pyramid of Khafre, and The Pyramid of Menkaure, its architectural magnanimity has given its true credit; one of the seven wonders of the world. 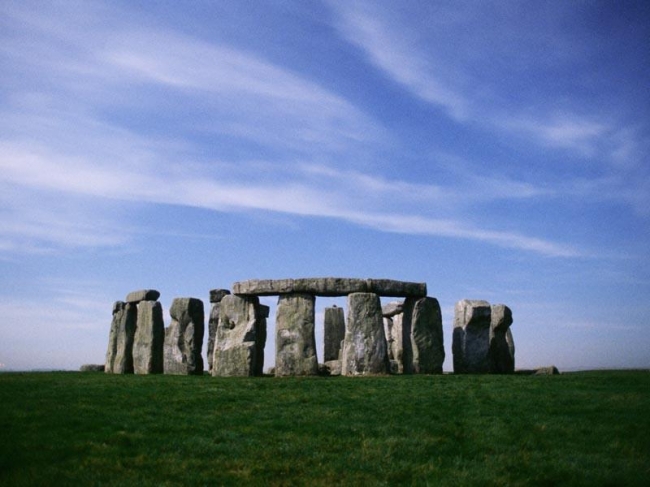 For all those archeology crazy couples, Stonehenge is the probably the best bet for your honeymoon. Located in south-west England; a few miles away from Salisbury, Stonehenge is a prehistoric site of megaliths arranged in concentric circles and horseshoe patterns. Enshrouded by unsolved mysteries, this historical place was said to have been built over 500 years ago. Its beauty is greatly enhanced by the massive conglomeration of megaliths i.e. huge stones arranged in concentric circles and horseshoe patterns that look like altars 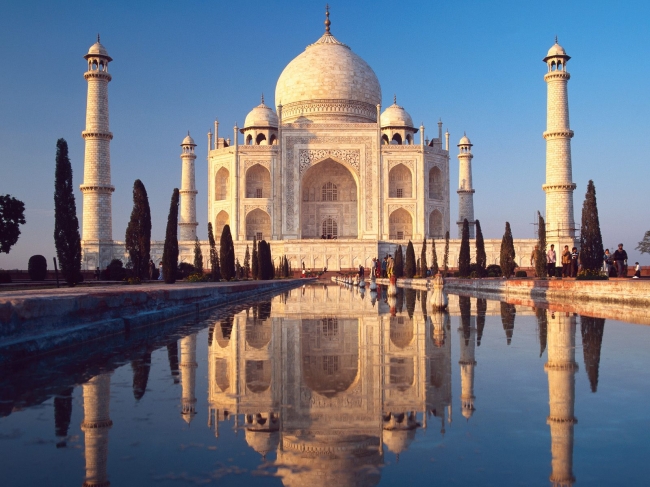 Taj Mahal truly doesn’t need any introductions. Honeymooners from all over the world bow before its beauty and magnificence. Epitomizing as the eternal symbol of love, this is a mausoleum; monument of tomb, located in Agra, India. Built by the Mughal emperor Shah Jahan, this mausoleum was built in the memory of his queen Mumtaz Mahal(nee Arjumand Banu Begum). This mausoleum though mainly built from thousands and thousands of slabs of marble was further embellished with precious stones like jasper, jade, crystals, sapphire etc. if you honeymooners really want to be a part of the eternal love, a visit to it on a full moon night will take you to that journey. The beauty of the serene white monument while bathing in the magical moon light will sweep you off your feet and will be a memory that will forever be etched in your heart. 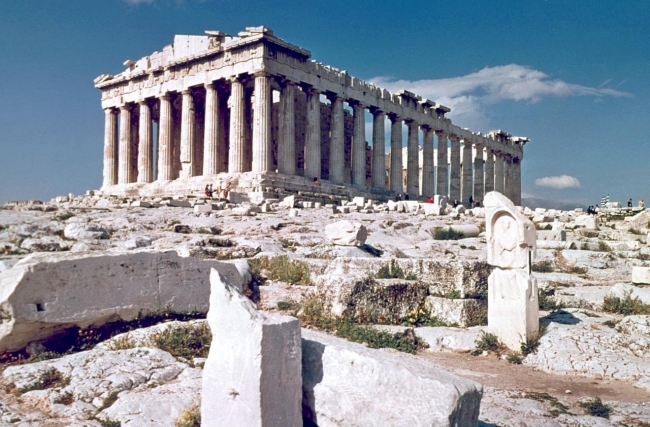 Seeking to immortalize your love? Then you are choosing the right place. Adorning the acme of Acropolis stands the Parthenon. An immortal temple which symbolized the wealth and power of the people of Athens was built in the 5th Century B.C. this temple which is dedicated to the Greek goddess Athena Parthenos who is said to have helped the Greeks conquer the Persian Empire. The finest and most impressive monument ever conceived and made by man, this immortal temple which is made of marble marks the zenith of beautiful ancient art that incarnates in its columns and pediments and tells us all about that is noble, glorious and beautiful. A masterpiece just like love it will forever shine through the ages. 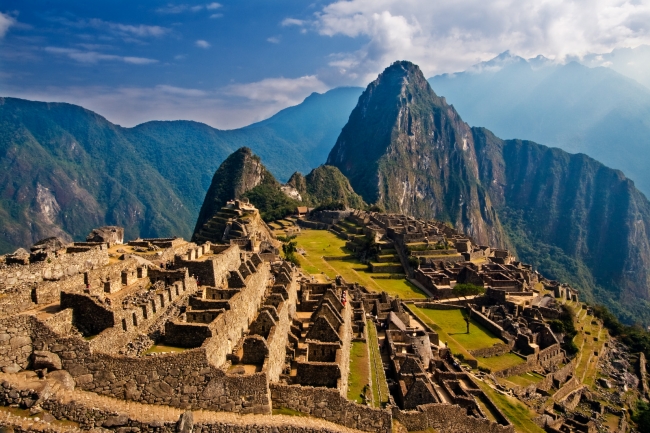 For couples who want to spend their most cherished days of honeymoon trekking in Mother Nature’s arms; amidst flora, fauna, then book those tickets to Machu Picchu. Undoubtedly one of Peru’s most amazing attractions this ancient Inca citadel is considered as a sacred place of peace and power. Flanked by the Andes mountain range, this honeymoon destination offers countless unbelievably breathtaking beautiful landscapes and trails that give way to spectacularly pristine valley dips, impressive peaks, and a myriad of wildlife while on the go.

The Great Wall of China 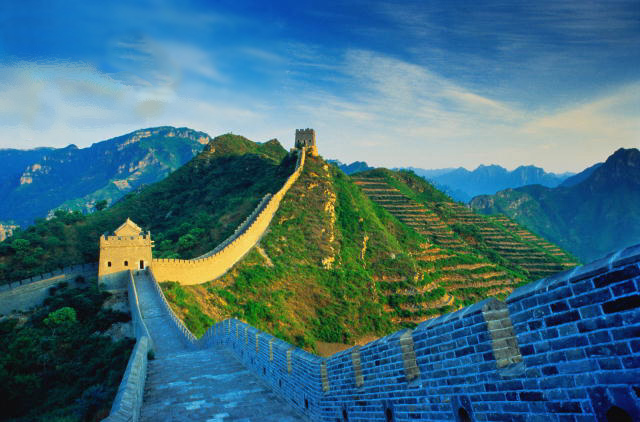 One of the cornerstones of culture of China, one of the 7 Wonders of the World and the landmark of China, The Great Wall of China is one of the most revered structures and one of the most visited sites all over the world. Built to protect the Chinese Empire from its enemies, it is one of the largest military walls in all of history. Still standing proud, it has been around for nearly 2.5 thousand years. With its great length and strength, it still stands today as a wonderful architectural feat. Stretching over some 4000-miles long over mountains, deserts and plains, these walls go and go endlessly that never seem to stop. What’s more!! These walls can also be seen from outer space. 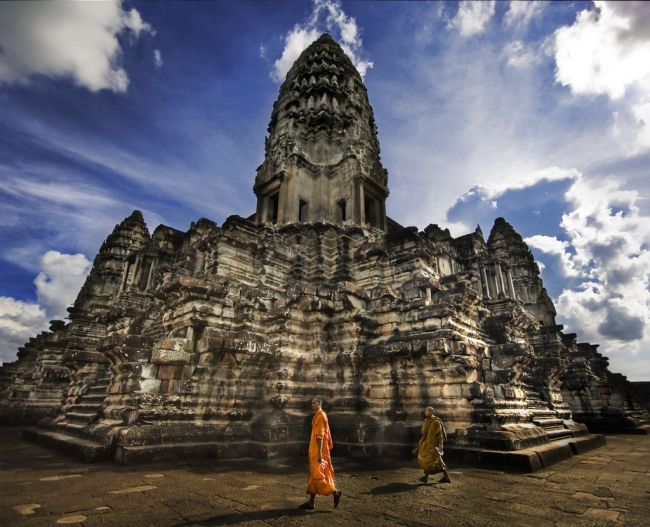 Emerging as a popular destination for honeymooners, Angkor Wat without a doubt belongs among the likes of Seven Wonders of the World. Overwhelming honeymooners with its grandeur and mysticism, it leaves them stupefied as such that neither words nor pictures can describe its beauty. Built by the Khmer king Suryavarman II during the early 12th century, it is considered as a place of immense historical and religious significance with a breathtaking size and splendor that it is hard to gauge. Angkor Wat which means “city temple” was built in Angkor, its capital city. Its magnanimity was such that it once boasted a population of one million during its zenith.

The leaning tower of Pisa 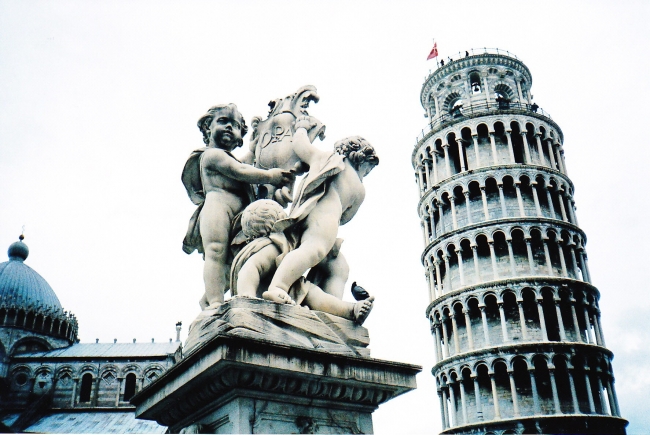 Just started the journey of never ending love? Then “The leaning Tower of Pisa” is the perfect place to spend your honeymoon. Epitomizing strength and beauty at one go all the while enduring turbulences it symbolizes the oncoming journey of newlyweds. Mystifying and amazing people for hundreds of years it went through many a calamity during its lifetime all the while standing tall and proud. A landmark of Italy, it has intricate carvings, columns, arches, and other design elements that have been incorporated into it. Built with limestone and lime mortar with the exterior covered in marble it was originally to be a bell tower for a cathedral. Its rich and vibrant history is such that it took over 800 years to get completed. 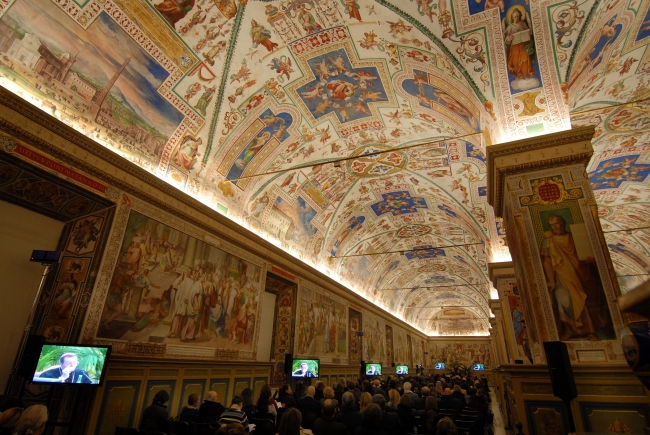 Mesmerizing honeymooners since ages is the Sistine Chapel. It is one of the landmarks of Rome; the city of love, culture, Catholicism and an impressive history, showcasing great treasures from history and historical pieces, awe-inspiring works of art like paintings, tapestries, sculpture and frescos by the likes of Michelangelo, Sandro Botticelli and many more. Soak in the beauty of this place which is the official residence of the Pope and where the Papal Conclaves which take place to elect a new Pope. 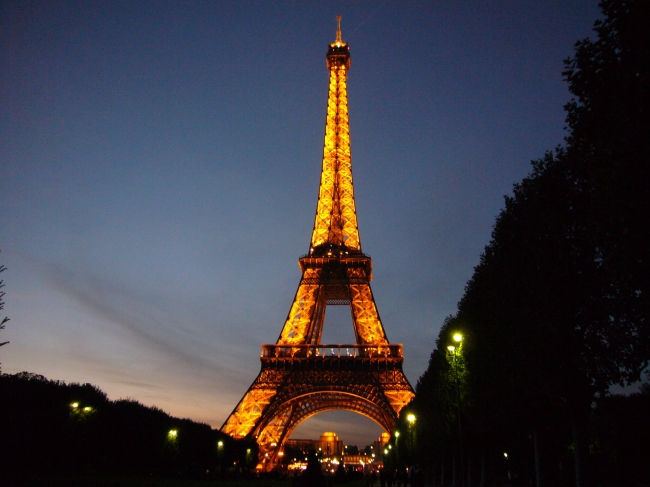 Behold!! One of the most enchanting and renowned structures of the world; the Eiffel Tower!! Standing serenely in grandiose on the southern bank of River Seine, in Paris, this tower takes its name from its designer and engineer Alexandre Gustave Eiffel. A lattice work structure made from wrought iron of the finest quality, the Eiffel Tower stands tall at about 300 mt high (approx. 1060 ft) and weighs 7000 tons. This enthralling beauty which has 1665 steps and three platforms or floors, sways in the wind too. 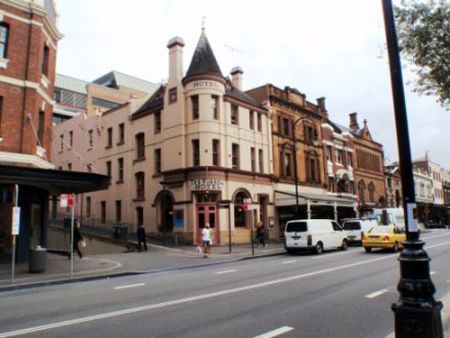 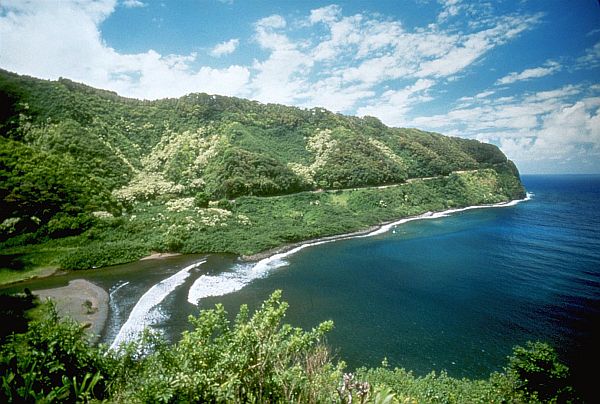