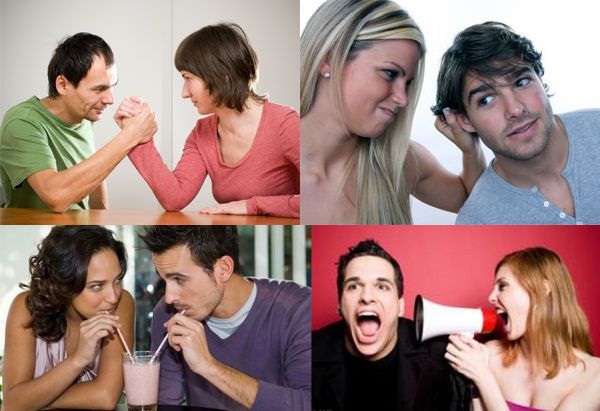 Everyone knows that a little control is a good thing. Trying to control your spouse may sound like a horrible thing to do, but sometimes a gentle nudge in the right direction is all a marriage needs to survive some rough waters. Like they say, a stitch in time saves nine, thus, if a little manipulation and timely intervention can help save an otherwise perfect relationship, the sneakiness of it would be worth it. Here are some tips on how you can “control” your spouse that can help resolve issues, create a better environment within your marriage and even prevent unpleasant patterns from repeating themselves and creating unnecessary drama in your marriage.

Do not invite other people into your relationship

More may be merrier when it comes to a party but a marriage or any relationship for that matter is a sacred union that can only sour if too many people are given the liberty to have an influence on the daily workings of a couple. If you or your spouse tends to run everything that happens in your marriage by your best friend, sister or mom, it will certainly lead to the growth of mistrust between the two of you as a couple. Even though consulting a trusted ally when a problem get too hot to handle on your own is completely harmless, inviting other people to “run” your relationship can only lead to ruin. Your partner will soon start to mistrust you and have no idea whether certain opinions or points of view are your own or the sentiments of someone else reflected through you. If you want to effectively keep your spouse under a “check”, the best thing would be to ask them politely not to invite others into your marriage. This will ensure that in all situations you are just dealing with your spouse and not a gang of his/her allies.

Even though you might be tempted to expose your spouse in front of all your family and friends when something as unforgivable as and adultery (or even something as funny and trivial as your husband’s addiction to Desperate Housewives) has occurred, there is still some sense in keeping little indiscretions under wraps. Keeping little bits of potentially embarrassing and damaging info on your hubby/wife close to your chest helps you gain a whole lot of control on them especially if you are struggling to keep your marriage together. Just like keeping secrets and pinky swears create strong bonds of friendship between kids, keeping your spouse’s secrets safe can also help you gain a stronger bond with them while keeping them under some control.

Get your spouse to do more work

If your spouse isn’t as keen on helping out with chores, instead of unleashing your fury on them find alternative ways to “lure” them into doing work. If your husband doesn’t like to clean the garage or take out the garbage, pay a handsome strappy young lad to do the work. If your wife isn’t too interested in keeping the house clean, hire a hot maid. As long as you don’t show too much interest in the hired help, a little dose of jealously may be just the incentive to get your spouse to help out around the house more.

Get your spouse in the mood more often

Since lack of action in the bedroom is the number one reason behind tension in a marriage, you might wanna get better at sex to gain control over your spouse. If your spouse doesn’t seem to want to do the deed as often as before, the best way to ensure that you get as much sex as you want from them would be to please them before yourself. This will make your spouse want it more for sure and this way you get to be in total control of your sex life as well.

Make having rules fun and entertaining

Most people get used to the rules that have been set from the beginning of the relationship. If you have been cooking and cleaning for your husband from time you first moved in together, he won’t miraculously start doing these chores once you get married. Set the rules in the dating stage itself. If you haven’t been able to do so at that time, take some time during or after your honeymoon to plan a set of rules for your married life. Get your spouse involved in the process and work out deals.

Follow your own rules before asking them to keep up their end of the bargain. The best way to get new sets of rules to work at any stage in your relationship is to make the process of setting them fun and entertaining for your spouse as well.

You might wanna let your spouse feel the full force of your wrath when they have scorned you, keeping your voice low and your words mild may help resolve issues in your favor more easily than a full blown fight would. More often than not a frustrated partner would calm down once they have vented their anger and would feel vulnerable once their anger has subsided. If you choose to remain calm during a fight, your spouse might feel guilty about losing control and getting hyper later on which would automatically give you the upper hand in the relationship.

Use your spouse’s guilt for controlling him/her

If your spouse has broken a promise or missed a date, instead of yelling at them for it, you can keep quiet and pretend like you’re trying to hide your disappointment. This would automatically put you in a stronger position than your spouse and they would feel obligated to “make it up to you.”

There’s no handbook on what can be dubbed a safe level of manipulation for any relationship. However, the best way to control your spouse is to make them think like it was their idea to do a certain thing. For example, if you want to go to Hawaii for Christmas but your wife wants to spend the holidays in Europe you can tell her how skinny her thighs look with a little tan and that you’re gonna book her an appointment at a tanning saloon as soon as you’re both back from Europe!

Tugging at your spouse’s vanity could be the most effective way to get them to do the things that you want them to do. If you want your wife to cook more often rather than ordering in, tell her she looks super sexy when she is stirring a potful of sauce. To get your husband to do the yard work, tell him you don’t want him working in the garden any more because you don’t like the way a certain female neighbor eyeballs him when he is doing so!

Telling your spouse that you will leave everytime you’re having a fight will ultimately leave them immune to your threats. Instead, try remaining calm the next time you have a fight and let them think they have won the argument. Once you have them thinking the fight is over and calm has returned you can leave the house for a few days without letting them know where you are. The shock of a quiet retreat is often more powerful than the force of a scream fest.

Change your partner without letting them know

Make your spouse think what you want was their idea

This is perhaps the oldest trick in the book. If you want your husband or wife to do exactly what you want, you can very simply work the demand in your conversation in a way that makes it seem like it was their idea. Invent a fake quote using the kind of language your spouse would use to put forward a demand of your own.

The best way to control your spouse or gain an upper hand in the relationship is to take advantage of the gaps in your spouse’s memory. Work your own words and demands into the memory of something that actually happened to make your white lie more convincing.

Hold a mirror up to your spouse

If you don’t know how to tell your spouse that some of their actions annoy or embarrass you, you can very simply videotape it and “show” it to them instead. For example, the next time your wife is going at a bucket of wing like a starving hyena, you can tell her she looks so cute when she eats meat and make a video of her and show it to her on your wide screen TV. The shock of seeing what you see might just get her to stop acting that particular way