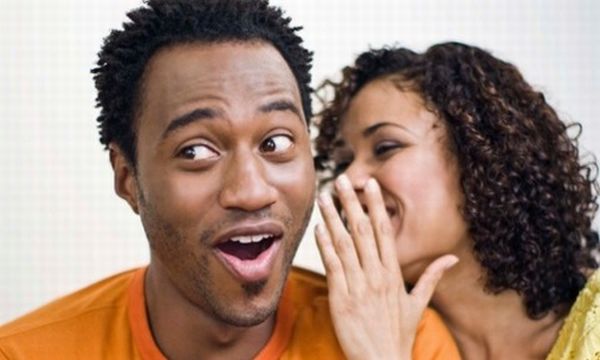 Honestly and openness may the most important thing in a relationship, but there are things that you should just never share with your man. Even if you feel like your man is your best friend, you must always remember that he’s still a man and there are things that he just should not know about you. Here’s our list of the top ten facts that are best kept hushed up or shrouded in mystery if you absolutely must have your man in the know.

The number of sexual partners you’ve had

No matter how evolved you think you man is, he will have a serious problem if he knows the number of men you’ve been with. Not only will it make him wonder if you compare him to all the others, it also puts a great pressure on him to want to be better than all of them. Since there is no fixed lower limit for what men consider to be suitable number of former lovers for their girlfriends/wives, it’s very hard to tell exactly how many previous sexual partners a man would consider to be “one too many”. If the number is too high, he may think you’re easy, if the number is too low, he may think there’s something seriously wrong with you. However, since the topic is going to come up in conversation no matter what you do, a very simple evasive answer that is guaranteed to satisfy him is something along the lines of “Enough for me to realize just how good you are!”

Too many details about your ex-boyfriend or ex-husband

No matter how good or bad your ex was, bringing up details about him in front of your current flame will always have him thinking that you still hold onto memories of him fondly. Since you simply cannot refuse to tell your new man about his predecessor, a safer course of action is to be vague. Apart from a name, the duration of the relationship and the cause of the breakup, your new man doesn’t need to know much else, especially details that you remember with fondness. Divulging details about what your ex liked to do for Christmas or any other holiday may make him remember them at the most inopportune moment and may result in a fight. Also, if your new boyfriend/hubby starts to ask too many questions about your ex, where he lived, where he worked etc, it may be a sign that he suspects you of still holding feeling for him.

Keep your opinion of other men’s looks to yourself

Having a celebrity f**k list may be a fun way for you to gauge what your man likes in women, but telling your man that you have the hots for his friend, boss, brother or (gulp) dad will definitely not go down well with him. As far as looks are concerned, you’re man needs to know that you think that he is the hottest commodity out there. Even if he himself knows he isn’t exactly an underwear model, telling him that you have the hots only for him will help him feel confident and secure. Also, flirting with other guys in front of your guy is in very bad taste unless you’re the kind of woman who can stomach her man drooling over another chick in front of her.

Negative criticism about his sexual prowess

Unlike women, men really cannot fake orgasms and erections and since the latter is pretty much central to the well being of your sex life in the long term, its best that you try to ensure that your man always feels pretty confident of his bedroom skills. This means that you cannot criticize his size, girth, technique or endurance levels or compare them to your exes. If you’re not happy with any of the above, try telling him about it in as gently worded sentences as possible or even consult an expert if you must on how to tell your man that he cannot satisfy you in bed.

There may be times during a long term relationship when you may feel like you could have done better and that you “settled” for your man. Even if you’re already looking for someone new or are greatly dissatisfied with the man you currently have, telling him that you’re with him even though you could have been with someone else is just plain cruel.

That you dislike his mother

Even if your beau’s mother is a bloodsucking vulture and even if these are his exact sentiments for her, you must never ever badmouth you man’s mother. Most men, even those who despise their mothers, have a soft spot for their parents and having negative aspects of their mum’s personalities may feel a lot like personal criticism. If your man is close to his mother, the scenarios become even more awkward if you don’t like her or don’t get along with her. In such a case, silence may be your best friend and smiling politely through painful lunch dates with your man’s mother may just be better than having to ask him to choose between her and you.

Do you enjoy hearing about what happened in the loo when you man tried Mexican food for the first time in very graphic detail? We’re guessing not. In the same way, you man may not enjoy when you describe the trials you endure when you’re dealing with a terrible stomach flu, horrendous periods, flatulence, breakouts, body hair and generally all kinds of fluids and solids that come out of your body.

That you cheated on an ex

Telling your current flame that you cheated on an ex will shake his faith in you big time. Men just don’t forget such things easily. Even though you may have been completely justified in doing what you did in the past, having your man know about it will not do you any good.

That you’ve faked orgasms in the past

Again, do you want the sword of suspicion hanging over your head every time you’re in bed with your beau? Men lose a lot of confidence when they learn that they are unable to satisfy their women in bed and knowing that you’ve faked orgasms in the past might have them wording about the authenticity of your declarations of euphoria almost every time you’re in the sack together.

How much you loved your ex

Even if you’re ex was the love of your life, telling your man that is basically just the same as asking him that you’d go back to your ex in a heartbeat if you get the chance. No matter how much you loved an ex, the fact will always remain that the relationship didn’t work out and you’re with someone else now. Instead of burdening your new man with your baggage, keep this info to yourself and if you must, only share it with people whom you can trust and who preferably have no connection to your man whatsoever.