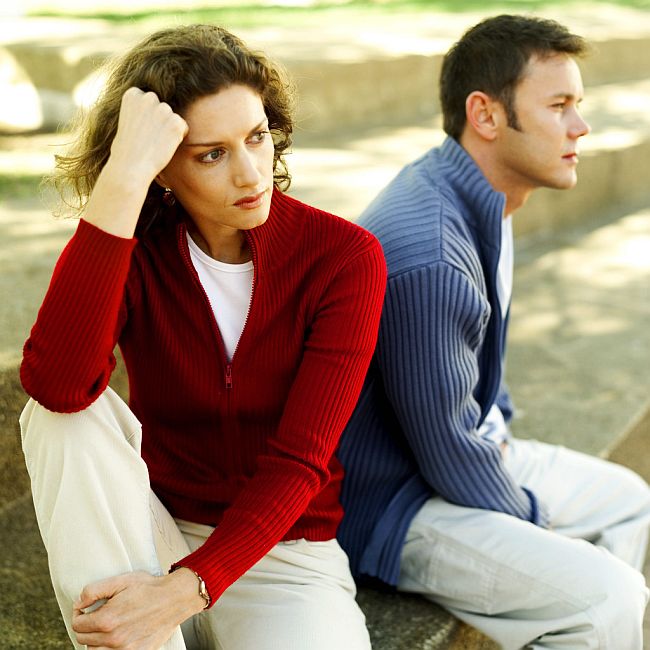 After dating your boyfriend for quite sometimes you might still feel bewildered thinking whether he is going to be a good husband or not. This is not your sole problem. Many women get perplexed when they are supposed to select a man for tying the wedlock. They remain skeptical whether the man they have selected will be a good husband or not. Some of them enter into nuptial bonds quite reluctantly and head for the most dreadful separations. Don’t let that happen to you too when you have to decide about the man who will be your perfect spouse. Look through the tips we have arranged for you and choose the right guy to get into a successful wedlock.

The first thing that you must look in a guy is whether he is a mommy’s boy or not. In case if you discover so decline from the decision of marriage immediately or else your life will become miserable post matrimony. Most often such men suffer from lack of personality and diminished capacity to take up independent decisions. Literally they never grow up and still remain tiny tots of their mothers. They find it better to follow what mama darling says than to act like grown up hunks.

Avoid men who are gullible

Gullible men are menace. They can never become good husbands as they can be easily influenced. Instead of thinking seriously on a particular issue on their own they believe upon what people say. So, just think what a mess your life will be post marriage if your husband starts believing all the fake rumors against you! Their basic problem is that such gullible men do not have the strength of character to inquire on an issue and analyze its truthfulness. Rather, they choose to fight, quarrel and suffer from suspicion even on issues that do not have any substantial base at all.

Avoid men who are too rigid

You might be fascinated with a man who is firm and strong in his decisions. But you can be rest assured that such a man can never be a good husband. Post marriage if he sticks to his decisions rigidly without paying any heed to your ideas your life will surely become a battle ground. Such men consider it a disgrace and unmanly attitude to take into account others’ proposals thereby letting go their own. Even if they are mistaken you will never be able to convince them. So, stay away from them.

You might be in love with your male colleague who is passionate about his work. You might also find it really pleasing that his hard work always pays him back in the form of a bright professional career. But if you take our suggestion then we will ask you to analyze if he is workaholic. If it is so then your marriage will surely go for a toss. You can never complain about his immense love and commitment for you post marriage. But it is just that he will have very little or practically no time for expressing that. Consequently, you can suffer from the feeling of lack of love and go into deep depression a few years after marriage.

Avoid men who do not seem satisfied

There are men who look ever dissatisfied about everything. While you are dating such a man you might feel that he is a perfectionist. This quality of him might impress you a lot. But post marriage you might only discover that dissatisfaction is synonymous to his personality. Be prepared that he will remain dissatisfied with his marital life, bedtime pleasure, you and everything that is a part of his life.

If your boyfriend loves adventuring and has a bohemian lifestyle you will find it thrilling to hang around with him and unravel myriad mysteries of the world. But your life itself will become the biggest mystery if you get married to such a man. Soon after the marriage he will lose all interest in the nuptial bond and prefer pursuing an adventure filled life again. Neither can you expect such a guy to become a dutiful husband nor a good father.

A boyfriend who is an affectionate and passionate lover might never be a successful husband too. Actually you need to delve deeper inside him to analyze if he is responsible enough to serve the role of a good husband or not. While love and affairs have some amount of fantasy in them but when we talk about marriage there is room for all those. Rather, you are about to step into a practical world and handling a marriage is never a child’s play. Thus, an irresponsible person can never be a successful match.

Avoid men who are sex maniacs

Sex is a basic instinct. It is as important to you as it is for the person whom you wish to get married. Sex is definitely one of the criterion of successful marriage. But marrying a man who is a sex maniac will make your life a hell. You can be over sanguine that this guy will lose all his interest in you within a couple of years after marriage and hunt for discreet physical pleasures from other women. Find this before marriage by observing if the man finds an alibi to touch you every now and then. Never commit to such a man.

Avoid men who are rude to others

Your boyfriend may be very courteous to you. But otherwise he might be too rude to people inferior to him. Such men generally behave rudely with people who are financially socially and weaker than them. You can often find them being rude to the cab driver or the hotel waiter or even to the poor beggar in the street. They will explain that this is the way you should establish yourself as a leader. But never go by these words as they actually suffer from superiority complex. They are too conscious about their social and financial advantage. Some years down the line you can also be a victim of such a rude behavior.

Avoid men who cannot manage money in a balanced way

Finance becomes a vital issue after marriage. So, a man who is not smart enough in handling financial issues in a balanced way is never the right choice as a husband. Such men are either hefty or wasteful spendthrifts or too misers. Neither of these extreme categories is capable of being a good husband.