When the well-known American socialite, business woman and actor, Kim Kardashian got married to her long time boyfriend and NBA star, Kris Humphries in the month of august this year, she definitely set some new rules of the game. The wedding of the 31-year old actor and the 26-year old sports star reportedly cost a whopping 20 million dollars. Kim, who shot to fame in 2007 with the sex tape with her then boyfriend singer Ray J, has redefined celebrity marriage with the wedding gowns, the wedding ambiance and the much talked about wedding cake. This is Kim’s second marriage after she got divorced her first husband music producer Damon Thomas in 2004. Here are some wedding ideas from Kim Kardashian’s wedding with the sports star Kris Humphries to make your big day no less than the celebrity wedding that the whole world talked about. 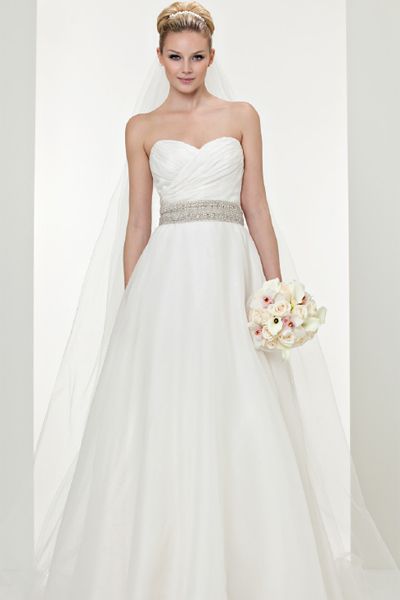 One of the most talked about aspect of this fairy tale wedding was the bridal gown by famous designer Vera Wang. There were three Vera Wang gowns costing $20,000. However, the clear images are available of the first gown that she walked down the aisle in. The wedding gown for the ceremony was a classic A-line, strapless gown with a long beautiful train. The gown was simple yet elegant without going over the top with crystal beading. Here is the image of a similar wedding gown that you can don on your big day to get the similar regal impact as you walk down the aisle. 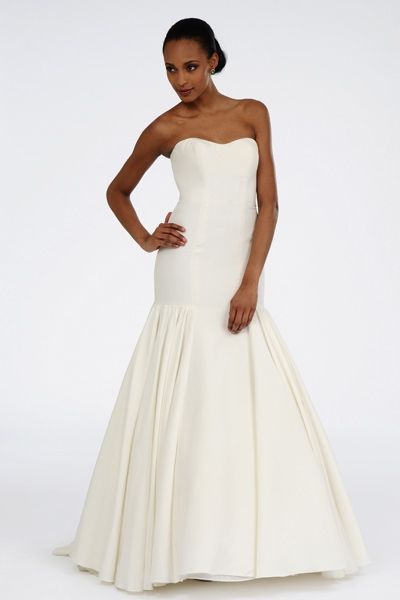 The mermaid cut has moved up in the most sought after silhouette for bridesmaid’s dress after the Kate Middleton’s royal wedding in England and Kate Moss’s wedding as well. Khloe Kardashian, 27-year old sister of the bride followed the trend by wearing all white mermaid cut, strapless bridesmaid dress. Khloe’s dress was a custom made Vera Wang gown. The gown in the picture is the look alike of the bridesmaid’s dress in the fairytale wedding that you can also opt for your bridesmaid to shine like these royal and famous bridesmaids. 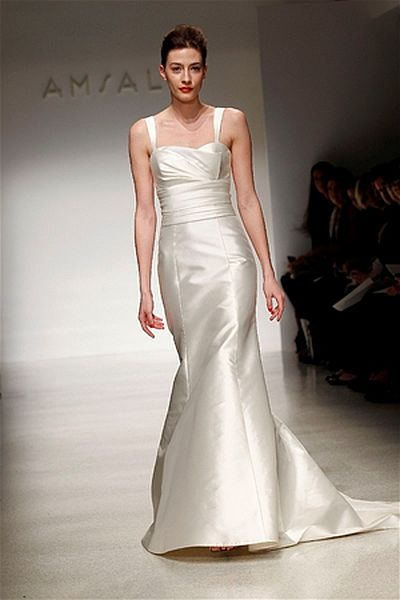 Kris Jenner, the famous 55-year old television personality, socialite and mother of the bride, also wore an elegant strapless white gown. The gown was accented with the oversize bow detailing across the bust line. The gown refined the dressing of mother-of-the-bride till another mother-of-the-bride finds yet another breakthrough style statement for her daughter’s wedding. Check out the slightly toned down version of the Kim’s mothers dress on her daughter’s wedding. 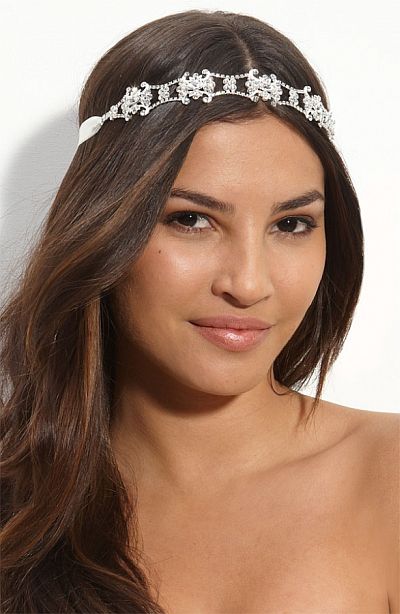 The crystal headpiece that Kim Kardashian wore was a slightly tones down version to that of Alicia Key’s wedding headpiece last summer. The headpiece had crystal embellishment and looked stunning on the forehead of the bride. The headpiece was a very elegant and stylish statement that Kim Kardashian made. The headpiece did not distract the veil and added to the glam appeal of the steaming hot bride. Check out the picture of Kim’s headpiece’s look alike to give you the fair idea of the beautiful headpiece, which got the much deserved attention in the wedding. If you are a contemporary modern bride, ready for daring experiments, you can find a similar kind of headpiece for your big day. 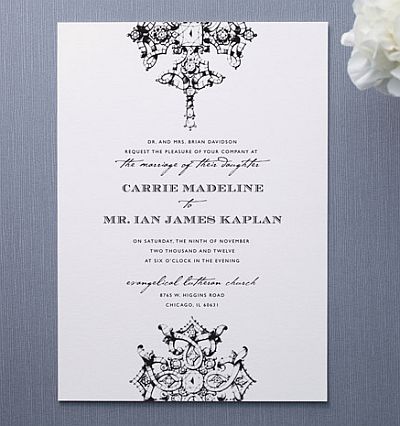 It was a fairy tale wedding, so was the invitations. Kim sent out her invites in a jewel encrusted box in black. The box opened into the pocket fold style invitation for the wedding. The invites were in tone of the elegant and majestic affair of the much talked about wedding. Check out the picture of the Kim Kardashian’s wedding invite’s closest look alike that you can easily find for your own wedding. 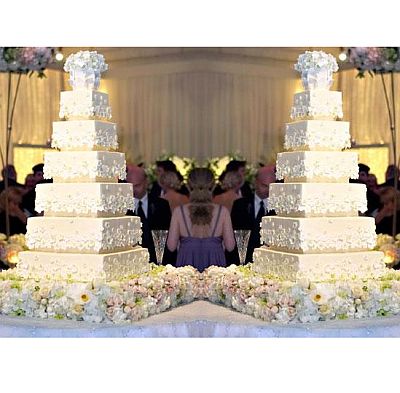 Although almost everything related to the wedding of Kim Kardashian and Kris Humphries was majestic, elegant and super stylish, wedding cake was the clear winner in the most discussed aspect of this wedding. Reason? The wedding cake of the famous socialite and television personality and the NBA star stood six feet tall. It must be a sight to see the 5’2” bride cutting a six feet cake. The wedding cake was beautiful and truly exotic in an unusual octagonal shape and had angular tiers. Well, if you are keen to have the same cake, all you have to pay is $20,000. However, you can also have the similar cake, if not the same. The cake in the picture is the slightly smaller look alike of Kim’s wedding cake.