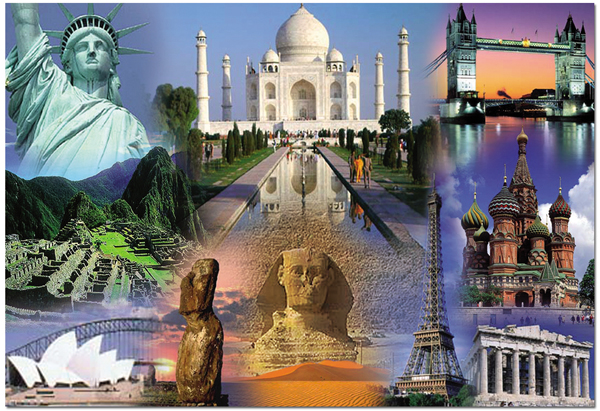 Wedding is the unison of two individuals into marriage and is certainly one of the most beautiful aspects of one’s life. Every culture has its own set of customs and rituals for the wedding, that make the entire ceremony a celebration of heritage and tradition to remember. Here are some of the most interesting wedding traditions from around the world that you might not have known and would love to include in your wedding rituals.

The Africans display their commitment and love by jumping over the broom, while the drums beat loudly. The broom symbolized the setting up of a new home by the newlywed.

Color Red symbolizes love and joy and in Chinese wedding tradition; red color holds the highest significance. To mark it as the symbol of love and passion Chinese couple drinks wine with honey goblet tied together with red string. This is one of the most of the beautiful rituals in Chinese tradition of marriage.

French weddings are elaborate and beautiful. We all know about the tradition of wedding trousseau, which is a bundle of clothing and linens that is prepared with bride’s initials for her future family and the wedding armoire, a hope chest for the bride’s trousseau. But the most unusual is the French coupe de mariage, which is a beautiful tradition of drinking the reception toast from the two handled engraved cup. The tradition of Coupe de Mariage is said to have originated long back to ensure a healthy lives to the couple, a small piece of toast was dropped into the couple’s wine.

In German tradition of wedding, the bride carries the bread and the salt in her pocket that signifies the bounty. And the groom carries grains in his pocket, which signify the prosperity, good fortune and wealth.

India has various cultures within the nation itself, and every culture has different wedding traditions and rituals. However, one beautiful ritual is the sprinkle of flower petals by the groom’s brother on the couple to ward off the evil. This ritual is an integral part of almost all cultures within India.

Japanese weddings are extravagant and are of two types; one is the traditional Shinto ceremonies and the second is the modern western style weddings. However, in both the cases the legal marriage certificate is to be produced. In traditional Japanese wedding one beautiful ritual is the nine sips of sake that is taken after the first sip of becoming man and wife. In this ritual the couple sits across the table facing each other and takes the sips looking at each other’s eyes with the exact timing to keep the cup down. The tradition is to keep one from the couple dying before the other. Whoever’s cup is set on the table last, is said to die first.

Mexican weddings signify trust and faith through the ritual of the thirteen gold coins that the groom gives to the bride. It also signifies giving her the responsibility of all his material. But there is another beautiful tradition in Mexican wedding you might not know about, wedding piñata filled with wedding favors. Piñata is a clay pot decorated and covered in bright colors. The guests form a heart shaped ring around the couple for their first dance.

There are lots of beautiful polish traditions for wedding, like the guests pin the money on the bride’s veil or tuck bills to the bride’s purse to buy a dance with her. The couple tastes the piece of bread to signify ‘May you never go hungry’. They sip wine that signifies sweet taste of life. The couple puts spec of salt on their tongues that signifies overcoming the bitterness in life and they both hold a silver coin between their right hands together that signifies wealth, good heath and warding off the financial crisis. However, the most interesting and unusual tradition in Polish wedding is the Polish crown. In village Polish weddings, the friends of the bride weave a crown of rosemary leaves that symbolizes remembrance.

Turkey has a beautiful tradition of signing the sole of the bride’s shoes by the bride’s single friends and relatives, before the bride walks down the aisle. It is said that after the dancing and prancing whoever’s signature fades the most will be the next to get married.