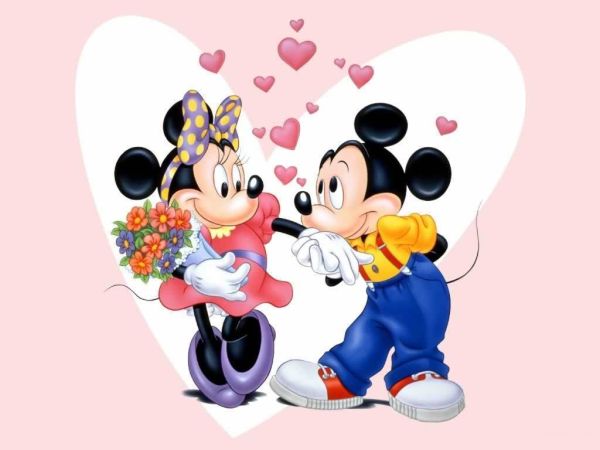 What will be Mickey without Minnie, Beauty without Beast or Popeye without Olive? When we mention the most famous couples, how can we give these household names a miss! Agreed, they are not living and have been merely carved out of imagination, but that doesn’t make them any less famous or adorable. They are equally loved by children, teenagers and adults. Though they don’t romance for real like celebrities do, but still have a huge fan following which will carry the same flavor and essence till the world ends. If you thought that only Romeo and Juliet were a couple, then have a look at some of the most adored cartoon couples that you have grown up with as a little kid.

This classic couple is totally made for each other, no matter how many stories they starred in together. Mickey Mouse and Minnie Mouse are till date Disney’s two iconic characters, who first met on a plane ride in the year 1928. He tried to kiss her in mid flight, but Minnie parachuted out of the plane. Since then Mickey has been totally bowled over cute Minnie and has been trying hard to get her and tag her as his girlfriend. 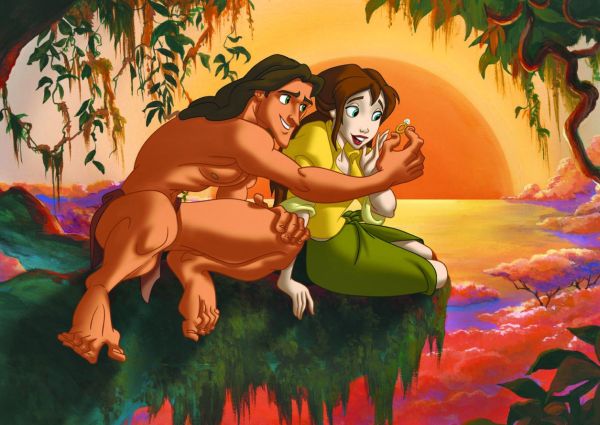 “Me Tarzan, you Jane!” Tarzan was raised as a gorilla, while Jane was a beauty from London. Tarzan and Jane are definitely amongst the most adventurous couple who are always swinging from one tree to the other. They have the most beautiful romance and have been a classic romantic pairing in many Hollywood movies. Tarzan has a very wild boy charm, which ruled the stunning Jane’s heart. They get married and then what follows is a series of events, which is worth watching again and again. 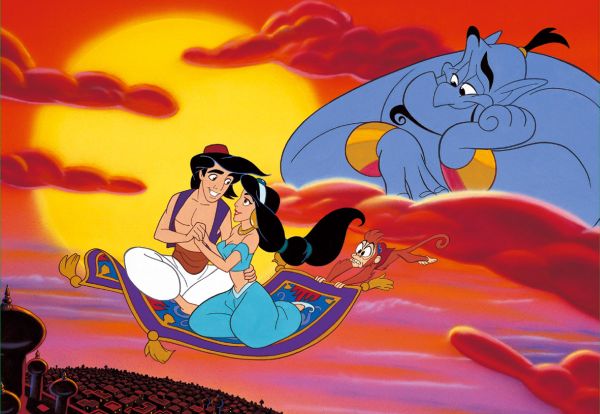 This was yet another forbidden romance at first! Jasmine, the official Disney Princess is a free spirited soul, who runs away from home when forced to marry against her wishes. She faces many truck situations and dangers, but with the help of Aladdin gets herself out of mess always. Initially, she has a relationship with Aladdin, who lies to get the charming lady, but later realizes his folly and proves his true love by saving Jafar and Agrabah. The adorable couple gets married after Aladdin proves his worth and true love. 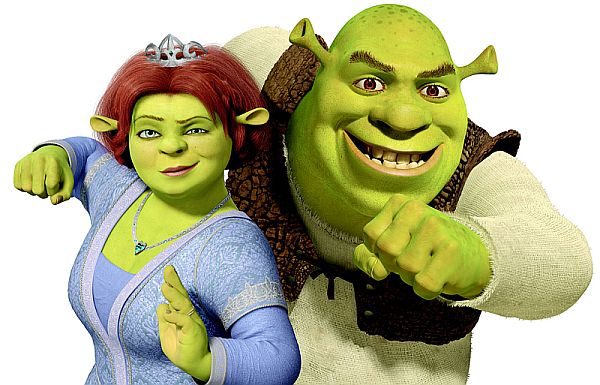 Who said that ugly and fat people can’t find true love? Shrek, an antisocial ogre proves this complete wrong when he finds the beautiful princess Fiona. At first, they don’t fancy each other but fall in eternal love soon after. The everlasting love and strong bond shows when Fiona wants to transform willingly into an ogress just to be with Shrek. Shrek and Fiona have earned the reputation of being the most impressive animated couple of modern times. 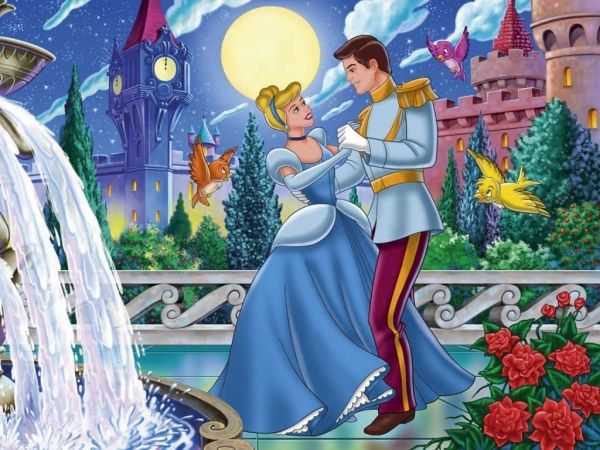 Cinderella and Prince Charming are the sole reason why people dream of fairytale weddings. The once upon a time tale has managed to create a clear image of Prince charming in the minds of every girl across the globe who seem to be smitten by the handsome young man, and so is Cinderella for all guys. The most loved couple of all times, Cinderella and Prince Charming have ruled hearts for years at a stretch and the romantic tale will see generation after generation dreaming to weave a love story just like theirs.

Beauty (Belle) and the Beast 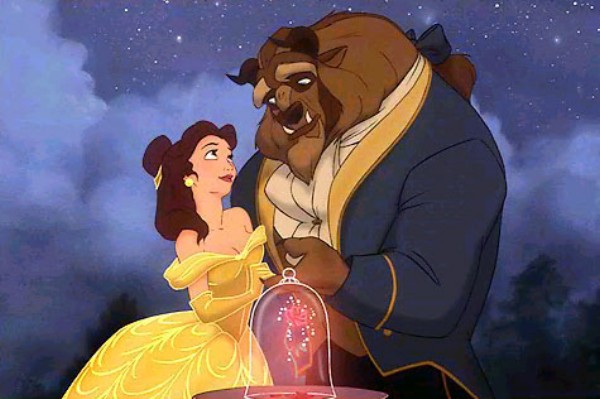 Beauty and the Beast tell how powerful a couple can be. Belle is a beautiful girl who meets Beast, a selfish and spoiled prince who has been cursed to live in the form of a beast. Both of them are alone and lonely. Belle finds someone who listens to her, while the Beast genuinely falls in love with the pretty lady who is his only hope to be human again. So different yet so alike, but all the small gestures trigger a felling of warmth and romantic moments between the two of them. 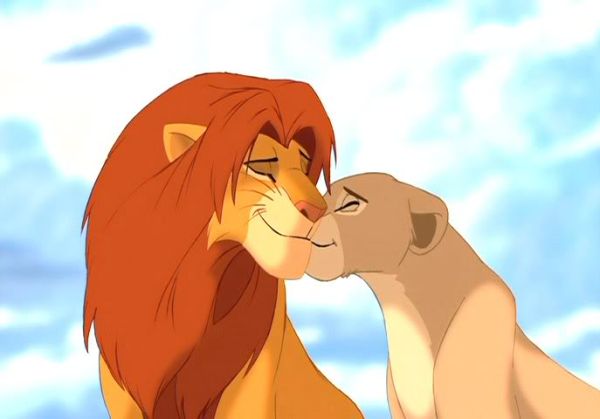 Simba and Nala definitely win the crown for the cutest couple ever in the history of Disney. They met as cub and as their love for each other blossomed as they grew up. These cite cubs used to stroll around the pride lands, but were separated as kids only to be reunited when grown. Even after meeting as grown up lions, they consider themselves as just friends, till the time something happens one fine night. Nala makes Simba realize his responsibilities and pushes him to become the king. They finally start a new family and become lover for life from childhood friends. 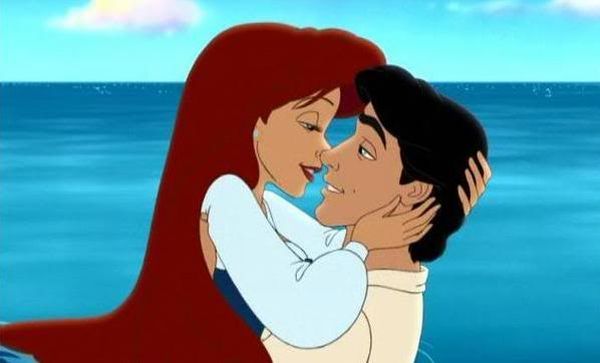 Ariel and Eric have always looked good together. Ariel, a mermaid, sure knows how to have fun and is a total romantic at heart who feels at every step that her price will come one day. The day comes when she saves Eric’s life, the prince who falls in love with her at first sight. They exchange vows after Ariel becomes a human where she learns to live life anew. 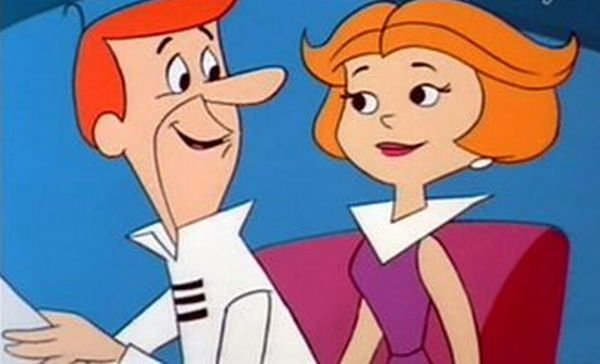 The Jetsons is the much loved futuristic family, where George and Jane live in the year 2062 with their kids Elroy and Judy. Robotic maids and flying cars rule the cartoon, which had children jump with excitement. But, the classic couple shows the need to spend quality time to keep love alive, the most important ingredient for a happy marriage even century after century. 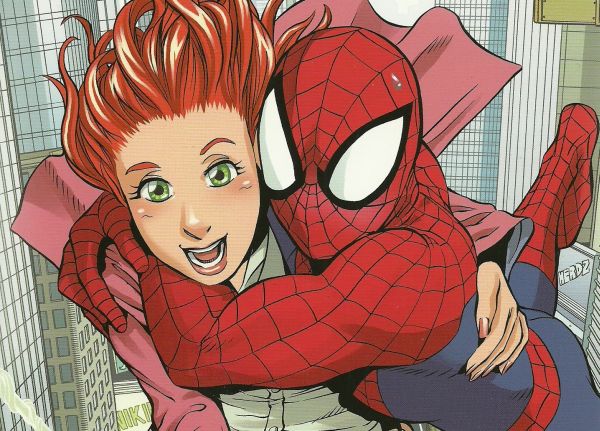 Spiderman and Mary Jane are just so adorable and have a great chemistry together. Mary Jane is the long time love interest of superhero Spiderman that made every couple dream of flying in the air filled with love and romance. They flew high to become one of the most in the superhero genre as they had some really amazing adventures together. Their relationship had its pitfalls, but somehow Spiderman and Mary Jane became the much in loved couple who are argued to be the most famous couple in comic books and TV. 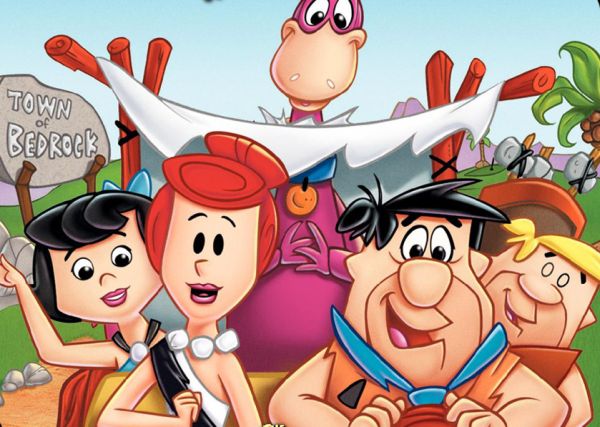 The Flintstones changed the cartoon scene, which switched from children to a primetime cartoon meant for adults. The two classic couples have to be named together as the endeavors are incomplete without the four of them together. Fred and Barney always get trapped in some or the other crazy scheme, but their oh-so-devoted wives are always there to clean up the mess just like any wife in love would do.

The Simpsons might be the most distorted family ever, but is undoubtedly the most famous family of Springfield. It was 1974, when Homer and Marge met each other at Springfield High School and fell in love. They exchanged vows after Marge got pregnant at a small wedding chapel. Homer, a confused soul, has always goofed up but Marge has stood like a rock besides him with unconditional love oozing out always. They married a second time as well, when Homer made a genuine effort to make for the terrible first one. Now, this is what I call love! 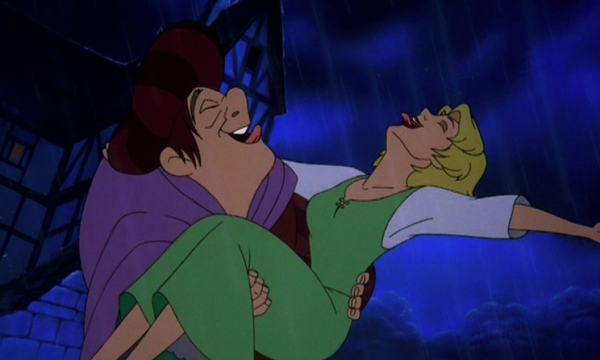 Quasimodo is born with looks that only a mother can love without complaining, but wins the heart of Madellaine, a street smart and tough gypsy girl. The relationship between Quasimodo and Madellaine proves yet again that looks don’t matter when true love exists. Madellaine like to see beauty with her ears and other senses and not eyes. Between them, love comes from treating each other right and not from drop dead gorgeous looks, which is worth adoring. 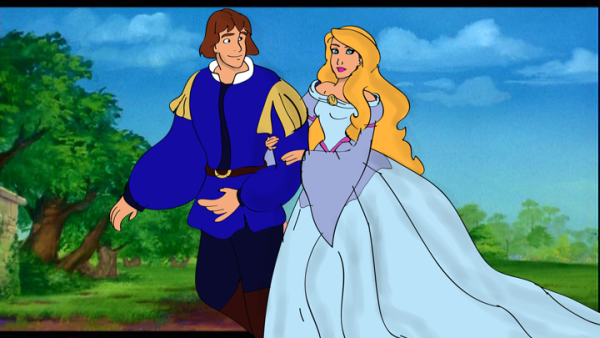 Odette is Derek’s true love as both of them grew up together, who don’t get along well through the years of growing up. The two were betrothed since childhood. When they meet all young and energetic, there is an instant spark which in turn makes them fulfill their parent’s wish and their betrothal. Odette makes a vow of everlasting love to Derek as their relationship grows from hatred to total adoration. 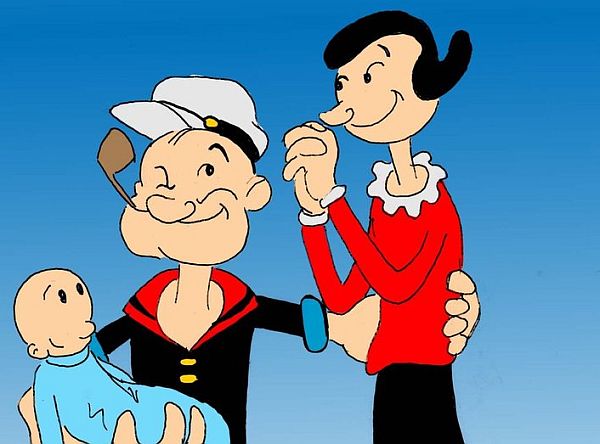 Popeye the sailor man and Olive Oyl may not be the best looking couple, but look just so cute together. Popeye trying to save Olive from the clutches of Bluto is adorable and ticklish at the same. The adventures definitely prove that it takes more than a can of spinach to win over a female and make her yours forever. No doubt, they have their share of fights but at the end let’s not forget they truly love each other.