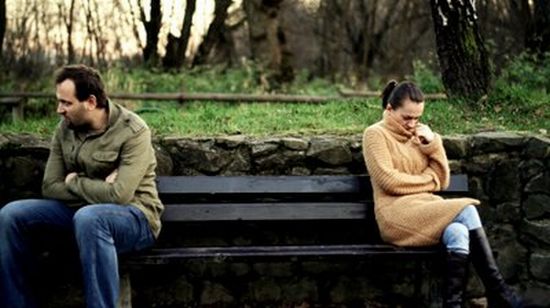 Love is undoubtedly one of the most hyped emotions and civilizations have been built and destroyed because of it. Everything in our culture, from movies to fiction to advertising and even mindsets appears to be fixated in falling in love and being in love and declaring one’s love in the most outrageous ways. Like all things, however, love too does not last, and falling out of love can be the most disillusioning and confusing thing ever. Most people tend to feel blindsided when their partner comes up to them one day and tell them he/she is not in love anymore and even though the signs may have been popping up left, right and center for months before this statement, it hurts just the same. So why do people fall out of love? Why do the magic and euphoria and the promise of love wear off even if you have committed to loving someone for the rest of your life? We investigate.

The chase is over

The sole reason why dating and the single life feel so attractive and exciting is because the sense of chasing and being chased is so darn thrilling. Pursuing a new love interest or being pursued by someone new puts us in the spotlight and makes us feel like a star. We dress our best, put our best foot forward and generally behave our best as well. However, once dating has given way to an official relationship, things change. The focus shifts from just having fun and getting to know each other to making plans for the future and letting our real selves come into the picture bit by bit. Most people mistake the thrill they feel during dating for love and once the chase is over, they start to feel rather wary and bored of their partner and begin to feel like they’re falling out of love.

You may have misinterpreted his first “I love you”

There are no official stats on this but the fact remains that most women get to hear their first “I love you” from their partners during or after sex. And that’s where the trouble starts. Even though a man may just express his genuine satisfaction with the physical interaction, a woman sees it as a sign of his heartfelt affect and starts to look for other signs that would confirm the emotional attachment. She immediately start expecting that he’d want to spend every waking moment talking to her, discussing his innermost secrets with her or even begin to plan a future around her. Upon hearing the first utterance of the word, women often start to fall in love with the man themselves and start investing in the relationship more emotionally than they had before and may begin to falsely feel “in love” themselves. When these affirming signs don’t appear, women often subconsciously start pressuring men for them. Since the man hadn’t said “I love you” in the same sense as the woman may have interpreted it, he has no idea what is expected of him and the lack of effort from him may make the women feel like she is falling out love with him.

Evolutionary reasons for falling in and out of love

Unlike the seemingly uncomplicated mating habits of our fellow planet-mates, human mating rituals are overladen with complex psychological driving forces. Even though popular culture and social/psychological conditioning has taught us that we must be “in love” with someone we’re having sex with, evolutionary instincts just cannot be curbed and controlled. Speaking strictly evolutionarily, the feeling of being “in love” serves no other purpose than to ensure that a man stays around to take care of the offspring that his mating with a woman may produce. For a women too, being “in love” ensures that she chooses the most worthy candidate to impregnate her and helps her stay interested in taking care of the offspring borne to her from him. However, thanks to the pressures of modern civilization, we’ve been taught to not listen to these primitive instincts and we often end up choosing mates that suit our social or financial ambitions. This basically means that even though being with the average-looking investment banker may ensure financial security in the future and marrying the blonde cheerleader may ensure very beautiful progeny, you will only find true happiness with someone that is a perfect fit you in an evolutionary sense. And when you’re with someone who doesn’t fit in with what you need at the most innate level; you will end up falling out of love with them eventually.

Chemical reasons for falling out of love

The anticipation of sex is a powerful force and brings people closer to each other. This makes the dating process appear magical and hypnotic. The bursts of endorphins (chemicals that produce the feeling of being happy or in love) that one receives when expecting or indulging in sex during dating can easily be mistaken for “being in love”. However, once our sex lives have settled down into more of a routine and the anticipation of sex doesn’t produce the same level of excitement as it did initially in a relationship, less of these chemicals are released into our bodies. In case these levels are drastically different at the initial and later stages of the relationship, one may feel like they are falling out of love with the same person they felt like they couldn’t live without at one point in time.

Once the relationship has settled down and each partner’s regular routine starts to come back into focus, people may start to feel bored. At later stages, neither partner needs to put in the same level of effort as they did during the beginning of the relationship and this results in people starting to feel bored of their partner and of the relationship. Since the thrill of dressing up for a date or impressing one’s partner is or visiting places together for the first time has worn off, people begin to feel like they are not in love anymore.

In a world where every choice we make is out there for the whole world to see and analyze, choosing a mate becomes even more difficult. Not only must our partner be suited to the characteristics we want, they must also meet the requirements of our families, friends and social circles. This means that even though we feel absolutely in love with our partner, our social circle’s criticism or disapproval of them makes us start to question the value of the relationship and may induce the feeling that our partner is just not good enough for us and may make us fall out of love with them.

Most relationships can be saved if the partners are more open to discussing their problems openly. However, the fear of being judged or being misinterpreted by our partner is sometimes so strong that we just don’t bring our issues out in the open which cause us to begin to resent them and make us fall out love.

The number one reason why people fall out of love is neglect. Because society has put such a premium on the kind of effort we must put into looking a certain way or acting a certain way during dating, that once the relationship has settled down, that kind of an effort just cannot be sustained. Once the illusions and distractions are no longer there to act as a buffer, people really start to show their real selves. For someone who is deeply career oriented or likes to have his or her own independent life, accommodating a partner’s needs can become really difficult once the relationship is settled. This lack of effort and neglect may cause one to fall out of love very very quickly.

Expectations are not met

Even though most us us claim that we get into a relationship with no expectations, the truth remains that because of our past experiences and desires for the future, we begin to expect certain things from our partners. Be it financial security, great sex, social affirmation or emotional security, each of has a “list” of characteristics that we hope for in our partners. Once we get to know the person we’re dating better, we find that they don’t possess some of these characteristics. The disillusionment caused from this realization may cause of to feel like we’ve fallen out of love.

You’re just not that into him/her

Let’s face it, you really cannot judge a book by its cover and it is only by spending a certain amount of time with someone can you really tell whether you’re really into them or not. Even if you fell in love with someone and stayed in love with them for a while, you may discover aspects of their personality after a while which may not be very attractive to you, that you’re just not THAT into him or her and this may cause you to fall out of love.