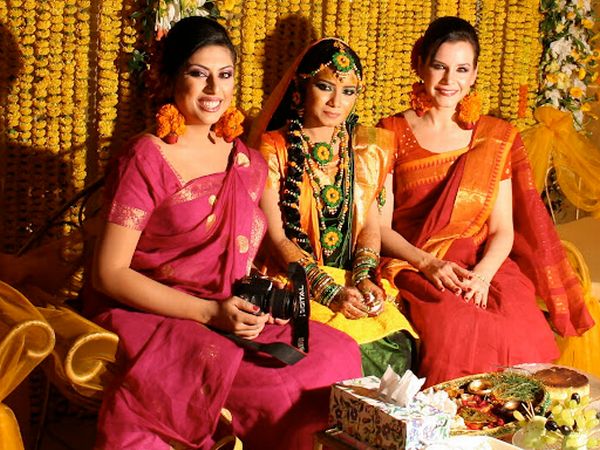 It is said that you haven’t seen or enjoyed a real wedding until you have seen an Indian wedding. Spanning over several days, Indian wedding are a colorful mélange of rituals and traditions and not to forget the fun and the festivities. Though Indian weddings and their rituals and traditions associated with them vary from region to region, but the vibrant atmosphere remains the same, with relatives and friends coming together and making it an unforgettable experience. Here are some of the common rituals, tradition, fun and festivities that are celebrated all over India:

Engagement Ceremony: The engagement ceremony is the beginning of the pre wedding ceremonies. This is either performed several months or days before the actual wedding.

Mehendi Ceremony: Soon to follow is the Mehendi Ceremony wherein intricate patterns or motifs of mehendi or henna are applied on the hands of the bride.

Sangeet Ceremony: This is a ceremony that is filled with oodles and oodles of fun. Usually held at the bride’s home, the ladies of the house and the whole family play the dholki (a two-headed hand-drum) and sing different traditional, film and folk songs. There are also some fun and teasing songs which are sung about the in-laws, and would be husband. In the olden days, this ceremony was attended and performed by only the women folk however; the concept has today with both men and women participating in this ceremony.

Tilak Ceremony: A day time ceremony, the Tilak Ceremony is groom centric. Attended and performed only by the male member of the bride’s family which means the bride and her mother are not allowed to participate. Attended by male members of both the families, the bride’s father along with other male family members go to bridegroom’s house. Amidst hymns and chants, the bride’s father applies tilak (a mark worn on the forehead) on the bridegroom’s forehead of the groom. This ceremony is performed to mark the wedding proposal and acceptance by the bridegroom and his family. 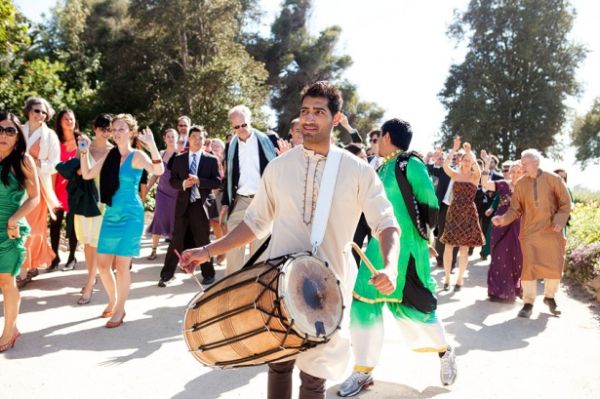 Baraat is the arrival of the bridegroom. The accompaniment and procession of the bridegroom’s with his family and friends is called Baraati. In the wedding Baraat ceremony, the bridegroom; dressed in one of his finest wedding attire mounts a horse or driven in a car where after he heads towards the wedding venue. The bridegroom also mounts up his younger brother, cousin or nephew on his horse. The Baraati reach the wedding venue are accompanied by music and songs played by the music band to which the Baraatis dance. One also witnesses a colorful display of fireworks to mark the festive spirit. 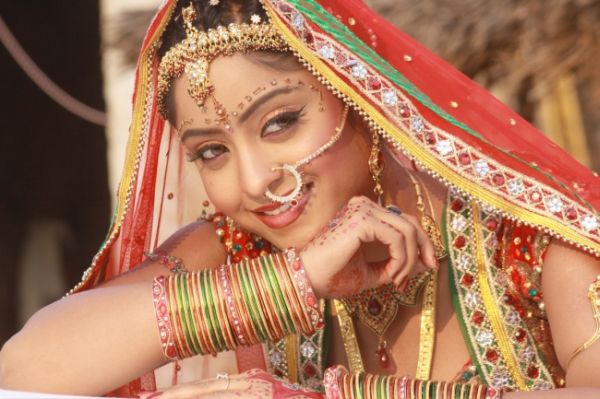 Solah shringar are the sixteen adornments or beautification steps which make a bride look even more beautiful than she is from head to toe. During this ceremony, every part of the bride’s body is stunningly and beautifully embellished. Here is a quick look at the elating steps of solah shringar. The bride is first of all given a bath wherein the bride’s body and hair are oiled and then washed with herbs and aromatic oils. She is then adorned with Bindi, Sindoor (vermillion), Maangteeka (ornamental head piece), Anjana (kajal, kohl), Nath (nose ring), Haar (necklaces), Karn Phool (ear rings), Mehendi, Choodiyan (bangle), Baajuband (armlets), Aarsi (thumb ring), Keshapasharachana (hairdos), Kamarband (ornamental waistband), Payal (anklets) & Bichuas (toe rings), Itar (perfume) and Bridal attire. 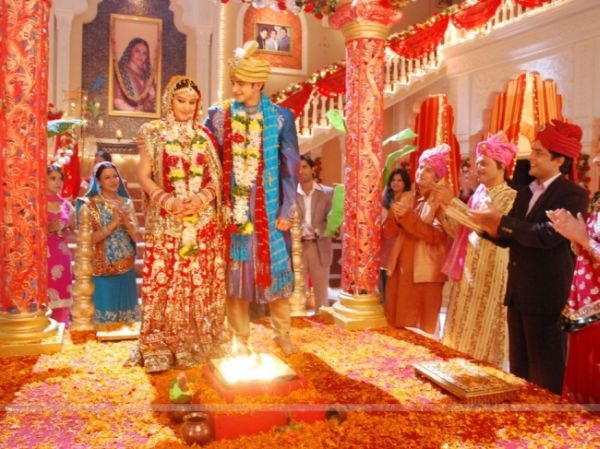 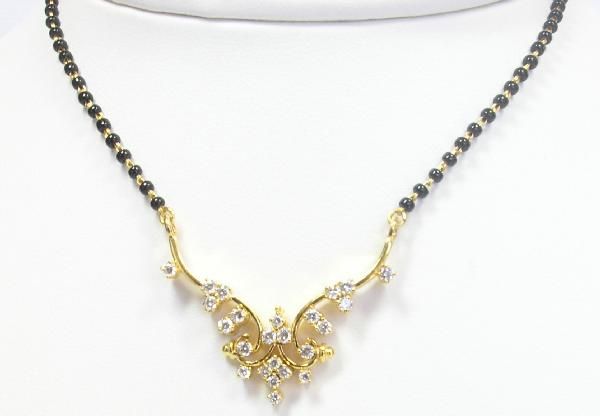 A sacred symbol of marriage worn by married women, it is a sacred blend of 2 words i.e. Mangal which means ‘Auspicious’ and Sutra which means ‘Thread or Cord’. Tied by the groom or the husband, it is a scared thread made of strings of small black beads with a golden/ diamond pendant in the center. It is believed that a mangalsutra protects the couple from evil and it is for this purpose the bride or the wife wears it around her neck till her last breath. 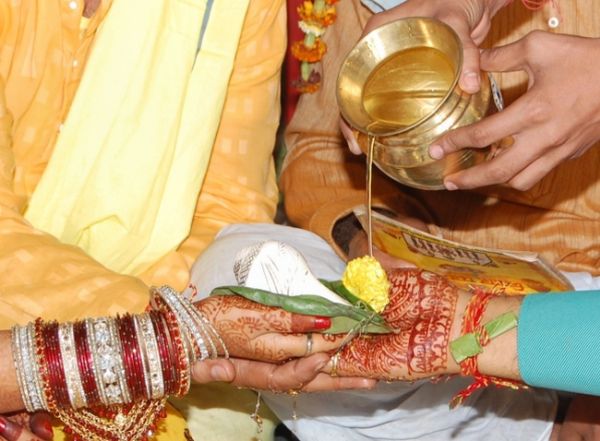 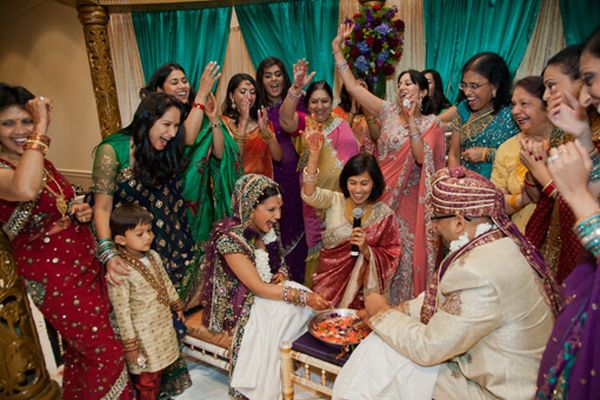 An Indian wedding is considered incomplete without wedding games. Participated by both the parties, each and every family member or relative is encouraged to play these games. These games are played to lighten up the mood and take away the tiredness of people in the wedding. Games like hiding the shoes, fishing or finding the ring, unknotting the knotted string, pillow talk etc. are some of the games played with zest and laughter. 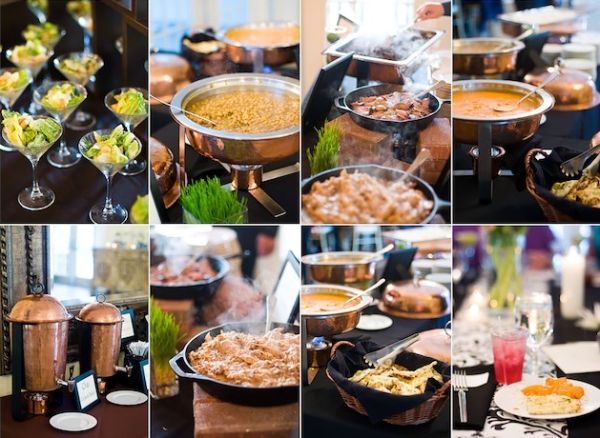 There is nothing in the whole world that can match up an Indian wedding feast. Full of flavors and lip smacking food, the guests are served with soft drinks, mock tails, cocktails and other beverages 24×7. One is also served starters or appetizers followed by main meals and finally are rounded up with delicious desserts.