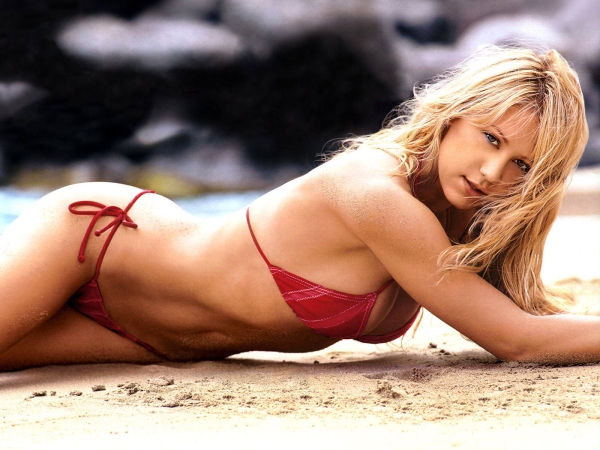 As sexist as this may sound but it’s no secret that a fair majority of women watch sports just because they like a certain hunky sportsman. Men on the other hand are less inclined to following a sport solely to ogle at the silhouettes of a hot sportswoman but the beauty of some of the world’s top female athletes does contribute to the number of male fans they get. Though men are hardly as wedding- or marriage-crazy as women, some men do fantasize about being married to a hot sportswoman. While all’s fair in love and war, we examine the socio-emotional implications of an average Joe marrying a sports hottie and how being a HAB (husbands and boyfriends) is not the same as being as WAG (wife and girlfriends)!

Every other guy on the planet also wants her

If you thought a Victoria’s Secret angel was out of your league, then a famous sportswoman would be essentially something like not in the same species for you! Having been brought up training to be a professional athlete means that most sports beauties have super fine bodies. Even if their lifestyle requires them to dressed in sportswear for like 80 percent of their day, they know they are physically superior to most average women. And if you have a face to match the fine body like Russian tennis superstar Anna Kournikova does, then the chance of you being surrounded by billionaires, other wealthy and successful sportsmen, hot movie and television stars goes up. We really don’t think an average Joe, no matter how good looking he is, should delude himself into thinking he can stack up against the looks, celebrity, lifestyle and million- (or billion-) dollar strong bank balance of the men a sports hottie generally dates. A sports hottie thus knows her value and would generally prefer someone with a compatible lifestyle than someone who can love her more than anyone else in the world.

She may be way richer than you 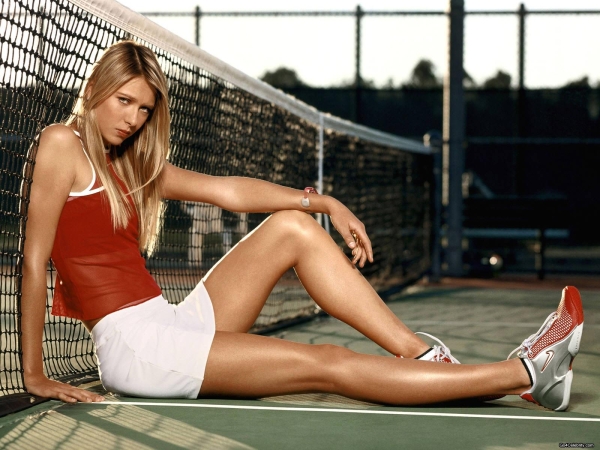 Being a professional sportswoman generally comes with financial success as well. And if you are as talented and good looking as Russian tennis sensation Maria Sharapova, WTA winnings along with numerous endorsement deals leave you richer than most regular Joes. And with a multi-million dollar earning comes a multi-million dollar lifestyle which would be almost impossible to match for most middle income guys. Unless you are a male gold-digger (we don’t even know what the appropriate term for such a person is), chances are you’d get really frustrated of having your super rich professional sportsperson girlfriend paying for dinners at Michelin-star restaurants, trips to exclusive resorts and expensive homes, clothes and cars very, very quickly.

Her career setbacks may take up all the focus 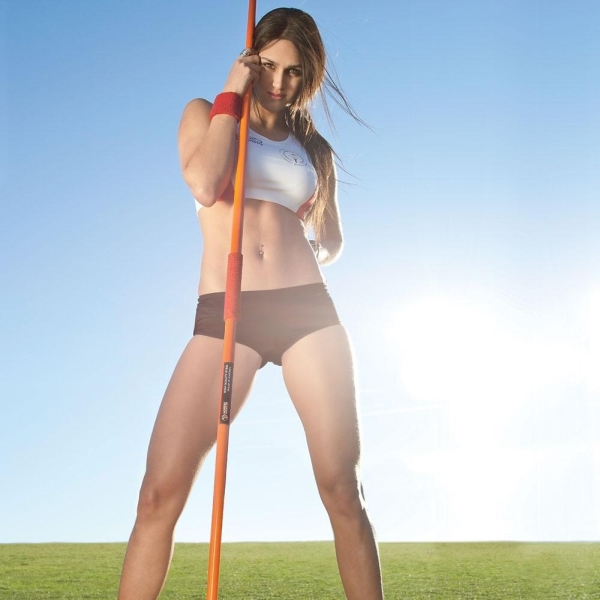 You don’t get to be a sports celebrity unless you push yourself to the limit and overcome numerous odds to stay on top of your game in the sport of your choice. A professional sportswoman’s career is not only time consuming, but tends to become the sole focus of her life since women have a smaller window of peak physical condition in which they must compete in and win as many professional events are possible. Dating a sports hottie who is trying to focus on her career may mean that you have to adjust your life to suit her daily training schedule as well as her professional commitments. If you’re an office manager in Arizona, we really don’t see this kind of an arrangement working out too well for your own career. The stresses of your gal not qualifying for major professional events like the Olympics may have to be borne by her man, i.e., you and unless you’re a main of really strong faith, we don’t see you surviving your woman’s outbursts after professional setbacks.

Can you handle her celebrity sex scandals?

Being with a sportswoman means that you have to endure her hanging out with a lot of other professional athletes as well during the course of her life. And that of course comes with a lot of media attention and even if she did something stupid with an ex-boyfriend way before she met you, it might come back and bite her (and you) in the proverbial as in a disastrously public way.

Do you really want to face the public scrutiny after a drug scandal? 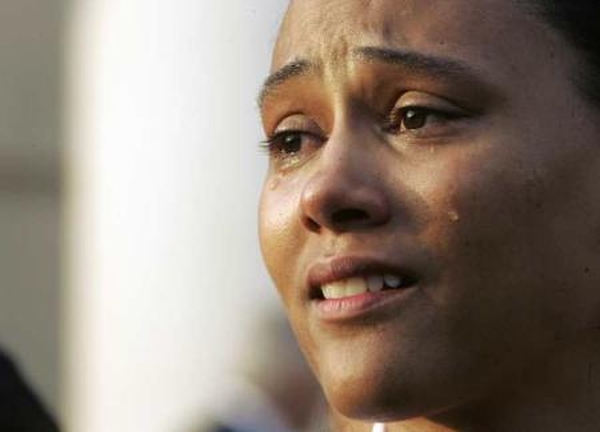 Being a celebrity athlete’s husband is great. Till the moment she gets a little too ambitious, ends up in a doping scandal and then you are under both criminal and public investigation for your role in the scandal. If you are man to handle something like this, life with a professional female athlete should be a really thrilling ride for you! 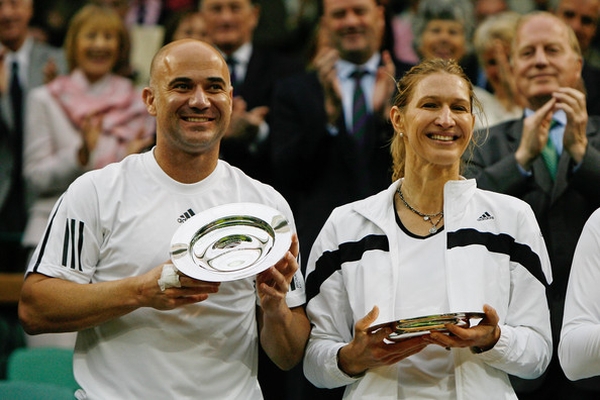 It’s a commonly known fact that women are attracted to men that are equal to them or better than them in terms of financial and social status. The same is also true for professional sportswomen who often end up with other big sport stars that aren’t daunted by their professional achievements. 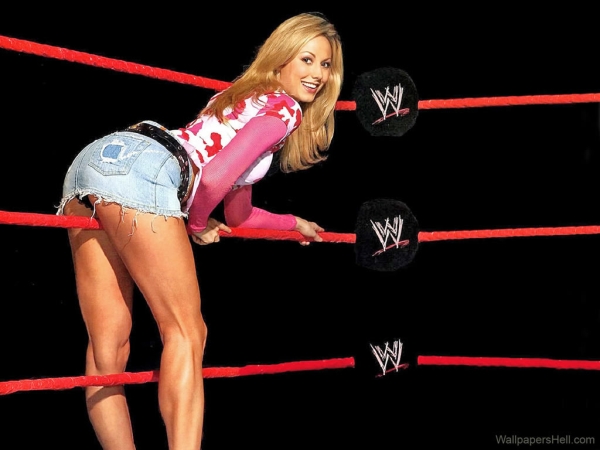 Even if she is not known for being the top professional in her sport, retaining her figure is not an issue for a sportswoman. And since she may already be very well acquainted with a lot of A-list celebs, the chances of even a less successful sportswoman ending up with a celebrity instead of a commoner are way too high. Take Stacy Keibler for example. The former professional wrestler is best known these days for dating Hollywood’s chronic bachelor George Clooney.

She can rip you apart if you give her a reason 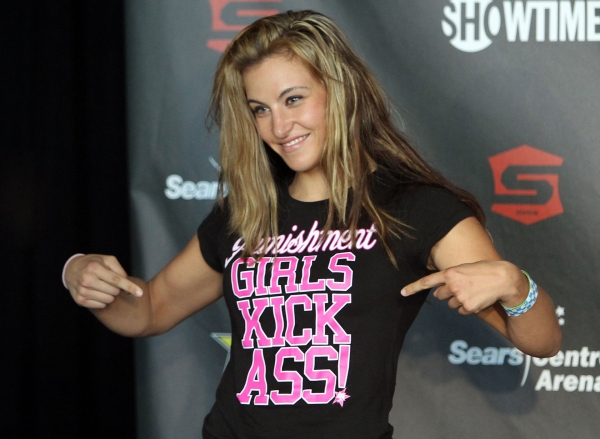 Not only can a professional mixed martial artist wife rip your apart in places you didn’t know existed on your body if you wrong her, she possibly would have a lot of friends with the same kind of physical prowess that you wouldn’t wanna mess with or get on the bad side of.

She may want someone with bigger biceps than hers 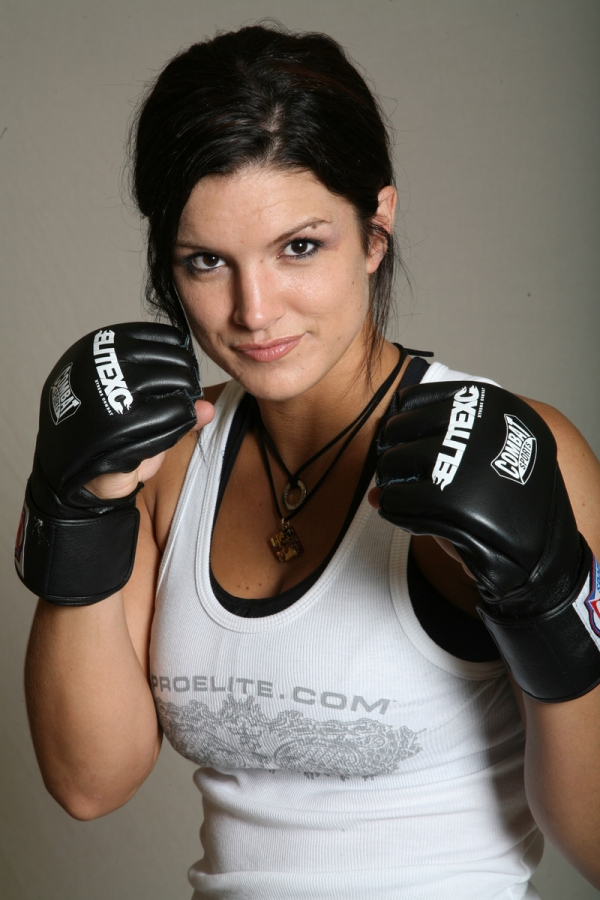 Mixed Marital Arts or MMA as a sport has thousands of male fans around the world and even the women of MMA garner a lot of respect and attention. However, dating a pretty faced MMA professional like Gina Carano can be a whole different ball game unless you’re 7 feet tall with 24 inch biceps! Not only are these women fight fit (literally) they really aren’t known for being models of tolerance and patience either. 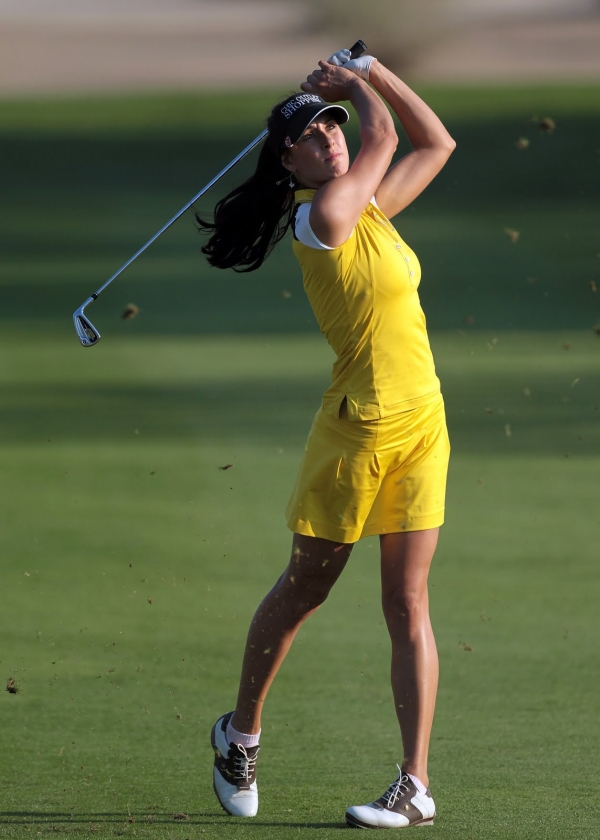 A woman who understands, enjoys and plays golf may be every suburban dwelling man’s fantasy but spending you life with a pro golfer can be the bane of your existence. From hanging around golf course the whole day long to watching your golfer wife practice her swing (and not the good kinds either) day in and day out while you play the role of the supportive husband who may need to play caddy on occasion is hardly a dream come true for any man.