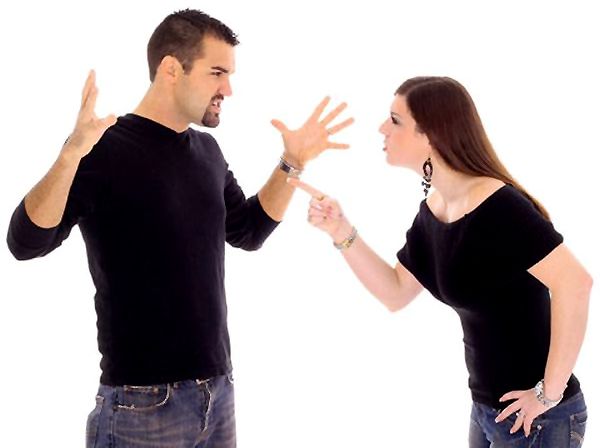 Do you fight with your spouse every day? If you take our word then there is absolutely nothing to feel embarrassed about. It never indicates that your love and respect for each other has lessened. Fighting is undoubtedly the everyday saga of married couples. Basically, post marriage, couples fight the most. This is because they have differences of opinion and they wish to win over the other in such arguments. The result is an ugly fight and the home becomes a battle ground. Let’s glance at the common reasons for which majority of the married couples fight most nastily:

Almost 99% of the couples complain that they chose the wrong partner. On occasions of the bitter fights the differences in between the couples come to the forefront. They realize that their views on a particular issue are poles apart. This becomes the root cause of such everyday fights. But as love champions, such differences also vanish most of the times when the fight gets over.

Many couples bring financial issues in their every day fights. The male counterparts claim that their wives live on their money. This is mostly prevalent in cases if couples where the wives are homemakers. But it is high time for you to realize that home making is never an easy task. The money that you give, is needed for running your own family. So, your wife does not waste it uselessly. But bringing the topic of financial superiority is futile where both the couples are financially independent. Moreover, you are supposed to complement each other financially in order to make the family become sound, rather than to take upper hand on your spouse.

Although mostly prevalent in cases of females, but even males complain that their in-laws do not like them. This becomes an issue of regular fight. If you take our decision then we will ask do in-laws really matter when the concern is about a happy family and a successful married life? We hope not. In any case you meet your in-laws once in a blue moon. So, stop fighting with your spouse on this petty issue and bring back peace in your married life.

Unsuitability in taking up the role of a parent

This is a common issue that sets the ugliest of marital battles. Either the husband claims that the wife is too negligent or careless to become a good mother or the wife affirms that such an irresponsible and immature man can never be a father! Actually parental issue is a common prop that you use to poke at a typical characteristic in your spouse that irritates you.

Either the male partner or the female partner remarks in the ugliest of quarrels that he or she has saved the spouse from dying a spinster or a bachelor. It seems that one has rescued the other from spending a loveless and meaningless life. But don’t you think this is a stupid remark and completely illogical? Nobody is indispensable. So it is futile to underestimate your spouse by making such comments.

Entry to the family was the spouse’s benevolence

Many people remark while quarreling that in case they would not have introduced their spouses to their own family nobody would not have ever allowed them to cross the premise of their residence! This is again illogical. You must realize that your spouse did not force you into this marital tie. You had equal interest in him or her and therefore committed to such a relationship. So, you cannot take the upper hand that the relationship was successful because you took the role of messiah for him or her.

Terrorizing the spouse to end the marriage

In order to have things done the way you want, you might often fight and terrorize him or her that you will leave your spouse forever. This is not the way you should act in a relationship. Blackmailing your spouse is a stupid act. If you do like this then unfortunate things can return back to you as a boomerang and your spouse can leave you too. So, try to settle scores in a much logical manner.

When you finally commit to someone and get married there is hardly any option to look back. So, post marriage if you bring in the things that were part of your lifestyle and habit it is erroneous. You cannot try to cast your superiority over your spouse saying that you are not prepared to let go your hi-flying lifestyle, flirty attitude or lavish ways. Marriage is successful only when you make some small adjustments and respect your spouse. Being selfish and prioritizing on your ways of life only, never leads to a happy marriage.

This is undoubtedly the most common and logical reason why couples fight in an ugly manner after marriage. Disturbed sex life can often subject marriages to the nastiest of divorces too. But if you take into account the love you have for your spouse then instead of fighting it will be wiser to find an amicable solution to this problem. Talk about it openly with your partner and seek medical help if necessary. This is a healthier alternative to end your everyday fight.

Post marriage and baby birth majority of the couples fight over the style of parenting. While the wife feels she is absolutely perfect with the way she takes care or punishes her kid, the husband considers that her ways are either too indulgent or too authoritative. Thus, fight gets bitter and bitter every day. We suggest that instead of fighting selfishly on the parental issue of your offspring you must realize that your combined effort can give your children a better future.

Couples often fight on health issues. While the wife might find that the way the husband is behaving can be detrimental to his health the husband might feel that she is being too bossy. So, they start fighting. But believe us, your spouse is more concerned about your health than you too. Hence, respect that love and concern rather than fighting.

Suspicion is a menace for any relationship. But most often married couples fight with each other on the basis of things they hear from an external source. Such sources might not be reliable at all and such news might also be rumors. So, never bounce on your spouse until you have substantial evidence that supports your suspicion.